Melbourne, Australia: 40-year-old Tristan Hearne is due back in court in August on charges related to the removal of two heads in separate incidents from the Footscary General Cemetery between January 27 and February 1, 2022.

One of the missing skulls were reportedly recovered from his bedroom, and the other was located in the garden of a residence where he was renting.

Hearne has been charged with two counts each of removing body parts form the corpse of a human being, exhuming or removing human remains from place of interment and criminal damage. The charge of removal of remains carries a maximum possible sentence of five years in prison.

Since then, officers have admitted to finding candles, a crucifix, and notes to Satan at the scenes.

Now, images from Hearne's social media have been released showing that his not only bore the images of the Sigil of Lucifer and the Cross of Satan on his hands, but also had a tattoo of John Wayne Gacy on his left arm.

Additionally, some outlets have disclosed that Hearne appeared to have a fascination with skulls, vampires, cemeteries and even the Grim Reaper based on images that he had shared. 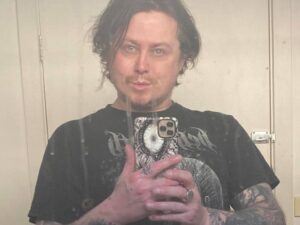 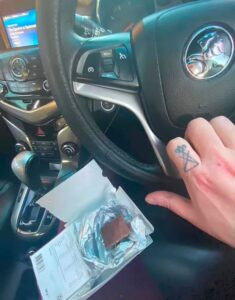 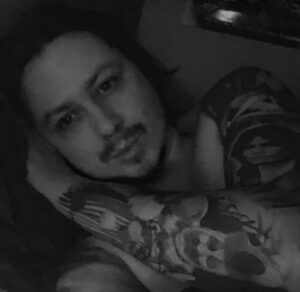