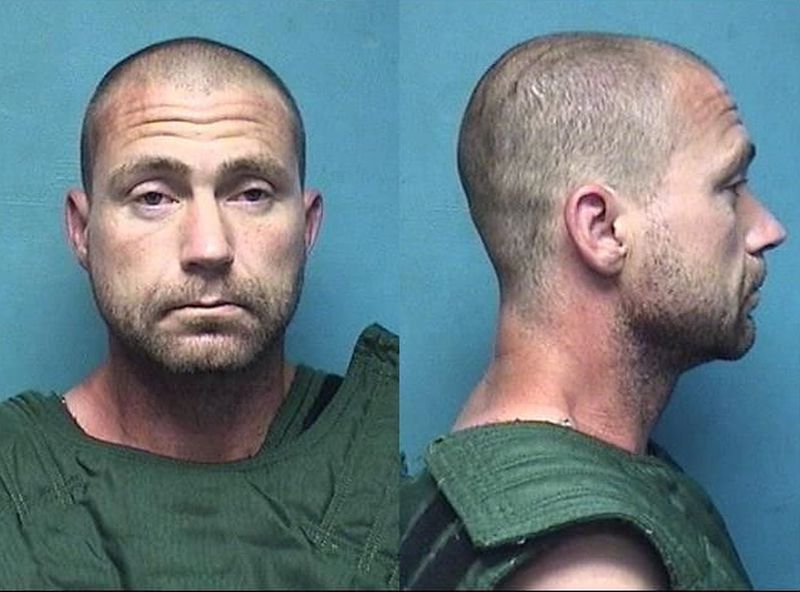 A neighbor had to ask for clarification when Lucas Mauritzen, 38, casually told him that, I "had to put her down."

'Your dog?,' the neighbor queried.

That neighbor subsequently called police and when they responded to the home, they discovered a badly beaten woman, later identified as Tamera Rainey, just inside the front door, covered in blood.  They quickly obtained the requisite search warrant and then entered the home to find a grizzly scene.

There was blood splattered in every room of the house, from floor to ceiling.

Mauritzen, who according to a records search has had numerous tangled with the law from 2005-2016, told police that he had beaten her throughout Saturday, first with his fists, until they started to hurt.  He reported that he also used his knee, foot, a plunger until that broke, and a burner from the stove.  He reported that it was after he finally hit her with the burner that her breathing became labored.

He made no attempt to render any aid or call for police but rather, waited until it appeared that she had died and then took the family dog to sleep the night at a friend's house.

It was Monday that he finally returned to the home to find Rainey still laying on the floor.  Mauritzen told detectives, that he rolled her over to look in her eyes, and then spoke to the neighbor.  No motive has been even hinted at in the information that has thus far been released.

He is being held on $350,000 bond and has not yet entered a plea on the first degree murder charge, or the charge of armed criminal action.  His court date is scheduled for September 3rd at 1:30 before Judge Twila K. Rigby.