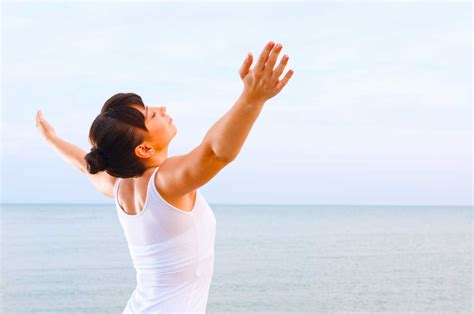 Back in June, I wrote an article entitled, “I Can’t Breathe,” in which I connected:

In that article, I suggested that the “I can’t breathe” mantra is actually a very carefully constructed, socially engineered sigil. In April, I wrote an article entitled, “The Rainbow Abjection” where I explained that…

“A sigil is a type of symbol, specifically used in Chaos magic. The general public is given one definition of the symbol’s meaning, while those with esoteric knowledge of the symbol know its true interpretation. A sigil is encoded with a special purpose and it is created with the intention of changing your reality in accordance with your will.”

It is my belief that with the unveiling of “Coronavirus” in 2020, a portal was opened and a literal spirit of Chaos was unleashed upon the earth. And one thing that is becoming clear as the months roll forward and we see more and more of these public “rituals” (such as COVID, George Floyd, and the most-recent Travis Scott concert debacle) is that these rituals all come with their own little catch phrase (read: sigil). And either the social engineers are just getting lazy or they have lost creativity altogether, because the primo facto catch phrase of 2014-2021 appears to be a consistent and overwhelming, “I Can’t Breathe!”

Take for example, this eyewitness account of a concert attendee at the recent Travis Scott concert:

“Jeffrey Schmidt, who went to the Houston show with his best friend Casey Wagner, told CNN he remembers how it became more and more difficult to breathe as the 30-minute timer onstage began counting down.”

I could diverge into several different tangents here. This one quote alone touches, not only on the “I Can’t Breathe” mantra, but it also touches on the unleashing of Chaos magic upon a crowd of people; and it even touches upon the correlation between descending numbers as a mainstay MK-Ultra programming trigger.

Hey, here’s a radical “things that make you go, hmmm” cogitation. Nikola Tesla’s infamous “death ray” (fully funded by John Jacob Aster in 1899—red flag, anyone?) Look at this arcane quote from Tesla that appeared in a “Letter to the Editor” section of a newspaper in 1908.

“When I spoke of future warfare, I meant that it should be conducted by direct application of electrical waves without the use of aerial engines or other implements of destruction. This is not a dream. Even now, wireless power plants could be constructed by which any region of the globe might be rendered uninhabitable without subjecting the population of other parts to serious danger or inconvenience.”

Seven years later, in 1915, in another letter, Tesla extrapolated this idea by writing,

“It is perfectly practical to transmit electrical energy without wires and produce destructive effects at a distance. I have already constructed a wireless transmitter which makes this possible. When unavoidable, the [transmitter] may be used to destroy property and life.”

In an article I wrote for L.A. Marzulli’s PP&S report entitled, “Men are From Mars, Tesla Was From…Venus!?” I quote extensively from a declassified “Interplanetary Session Newsletter” from June 14, 1957 (issue No. 7). Page 6, dated January 9, 1943, is a memorandum that begins by explaining that Tesla (who passed away the day before) had a hotel room full of personal effects including a locked safe that contained information, research, and plans for his fully operational “Death Ray.” Long story short, before rigor mortis even set in, officials were notified and the U.S. government seized vast portions of Tesla’s property, paperwork, and research, including the blueprints and an (allegedly) “fully functioning” death ray prototype.

Conclusion—was this Travis Scott concert a Chaos magic ritual or was it a physics experiment perpetrated upon its unsuspecting audience? Probably, the answer is, both. We have the whole bizarre MacGyver list of necessities: occult symbology, a Hollywood shill (romantically linked to a Jenner, no less), socially engineered “I can’t breathe!” mantras, unsuspecting vaccinated victims, mind control tactics (descending countdowns, strobe lights, tonal frequencies), culminating in trauma, death, and blood sacrifice.

Back to this “I can’t breathe” nonsense.

Is it any wonder that the Adversary is always targeting our lungs and chests? Is it just a coincidence that COVID-19 (and its tragically unsuccessful ventilator treatments) both attack our ability to breathe? And what about the tens of thousands of sleep paralysis sufferers who almost always include details of the attack as being “crushed” or something “sitting on the chest” and feelings of suffocation or being unable to breathe?

In other words, is it simply that the Adversary hates believers and wants us dead—or is the actual object of his fury and wrath—not us—but the very breath of God that he cannot stand the sight nor the smell of?

One way that we can counter these Chaos magic mantras and COVID-19 related fears and anxieties is to meditate on the Word of God. Verses such as

There are many, many more. I exhort you, brothers and sisters, to spend some time this week doing a word study on breath/breathe and see all the amazing Scriptures that remind us WHO controls mankind’s ability to breathe.

We can start every morning online reading depressing, Satan-glorifying subterfuge, or we can wake up, get in the Word, fix our eyes on the Great Respirator, Jesus Christ, and we can fill our lungs with air and sing to His glory, something like:

[1] Excerpt taken from, “Uncovering the Mystery of MPD” by James G. Friesen, Ph.D.