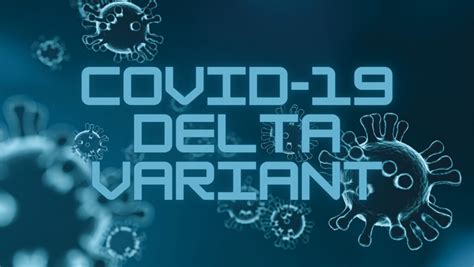 Think of every dystopian sci fi movie you’ve ever seen—the ones that open with a black helicopter fft-fft-ffting in the foreground while the camera does a dramatic sweeping long shot of a post-modern city full of flying cars and anti-gravity billboards. There is always some sinister tech company whose logo is branded in neon lights all over the landscape; such as Gatekeeper (The Net), CrimeEye (Total Recall), Ingsoc (1984), Umbrella Corp. (Resident Evil), PreCrime (Minority Report), Cyberdyne (Terminator franchise), Omni (Robocop), Tyrell (Blade Runner), Encom (Tron), to name a few.

The viewer is usually initially led to believe that these companies are fantastically futuristic marvels of medicine, technology, and cultural advancement. The protagonist will at first show little to no interest in these companies—often just a subtle television set on in the background of a scene with a newscaster reading off a seemingly innocuous headline about the success of the company or its CEO.

Eventually, the viewers are given a behind the scenes sneak peek into the underbelly of the company. Usually in a massive corner office in a New York City skyscraper with some over-the-top ominous villain type with greasy hair and dark eyes, wearing a $2000 suit, sipping on a scotch from his office wet bar.

The protagonist then finds out said company is really just a front for some nefarious government agency black project designed to depopulate or enslave the whole of society. Pretty outrageous stuff, right?

Back to the “real world”—2021, humanity is lining up for non-FDA approved injections, stealthily, but inaccurately branded as “vaccines.” The mysterious serum is rumored to contain human embryonic kidney cell lines from aborted fetuses, Graphene Oxide, mRNA, nanotech, and heaven only knows what else.

Now we are being inundated ad nauseum with warnings about the all new, super-duper scary (i.e. “If you weren’t afraid of COVID…get a load out of this all new Wuhan masterpiece!”) I am speaking of none other than the alleged “Delta variant.” Here are just a few recent headlines.

So, just like the dystopian sci fi thrillers, we are seeing—literally everywhere we look—Delta, Delta, Delta….Is it just me, or do “they” desperately want the word DELTA permanently emblazoned into our feeble little brains? Why must they foist some silly, socially engineered catch phrase on us every year? Last year was COVID (which is not the name of the virus and is more than likely an acronym for: certificate of vaccination/identification). So, if COVID is nothing more than an esoteric middle finger to the deplorable general public—what is the significance, if any, to DELTA?

In a desperate—and hopefully futile—attempt to maintain control and power over We the People, the CoronaCon criminals are now peddling a new false narrative: that the so-called “Delta variant” is even more deadly than the not-really-more-deadly-than-the-regular-flu other “variants” of COVID-19.
Dr. Eric Neptune, MAGA Institute

Look, I know Delta is the letter D in Greek and is used by sororities, airlines, home improvement products, a U.S. Army unit, dental insurance, and used by a plethora of other companies. In the business world, the word Delta is about as common as the name John Doe. But this is why the Enemy continues to get away with his shenanigans—because they are often hidden behind vagaries that blend into the woodwork and don’t stand out in most people’s minds as anything suspicious.

But what happens when two highly suspect “conspiracies” choose the same branding? We cannot assume—but can we at least explore—the possibility that the two things are linked?

Here’s another thing a lot of crazy conspiracy theorists are suspicious of: 5G. In fact, 5G and these non-FDA approved mRNA injections have a few things in common—namely, an endless list of deleteriously ambiguous ingredients which set off a bevy of adverse physiological side effects within the human body. That’s why I think it might actually be worth at least one collective “Hmmm?” when DELTA branding starts simultaneously appearing (like in those dystopian sci fi flick tech companies) all over our medical facilities AND our 5G towers. 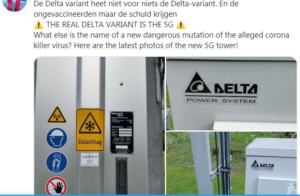 Yes, Delta is a commonly used word in business branding
Yes, this could be a huge coincidence
Yes, it could be a crazy conspiracy theory

But does this mean we aren’t even allowed to ask some basic questions? After all, it is our lives at stake here. I don’t know about you, but for me, when millions of people on planet earth start allegedly dropping dead of a mystery disease and the name of the illness AND the tech company building the 5G towers are both assigned the same branding…I mean…can we at least just ask a few questions?

WHAT IF:  the symptoms being defined as an exposure to coronavirus are really the physiological side effects of overexposure to 5G radiation?

WHAT IF:  the “DNA single and double strand breaks” said to be a biological side effect of low- level radio frequency radiation is the reason why we now need mRNA ‘vaccinations’ to repair the damage done to the Ribosomes in our DNA cells?

WHAT IF:  the damage being done to our DNA isn’t the result of some bizarre super Wu-flu, but the result of cell damage from 24/7 exposure to radiation?

WHAT IF:  the effects of constant radiation exposure and an untested mRNA injection are physiologically at odds with one another and create internal chaos to our brains, cells, DNA, internal organs, or life span?

1 John 2:27 is an oft-overlooked passage that I think has radical significance to this social media saturated generation; where we look everywhere for gurus, life coaches, mentors, university professors, preachers, doctors, scientists, and the internet to educate us. 1 John 2:27 says, “And as for you, the anointing which you received from Him remains in you, and you have no need for anyone to teach you; but as His anointing teaches you about all things, and is true and is not a lie, and just as it has taught you, you remain in Him.”

We have no need for anyone to teach us. This does not mean we are all knowing and have nothing new to learn and should block our ears from anyone giving us information, advice, or counsel. 1 John chapter 2 is a lesson in allowing Christ to be our advocate (our mentor, our life coach, our preacher, our Twitter feed!) The 26 verses that precede this one lay a foundational argument that in order to stay on the path of life and truth one must abide in Christ, obey His commands, and separate themselves from the world. This formula opens up a two-way radio set between ourselves and the Father; and through prayer, biblical mediation, worship, obedience, and holiness (setting ourselves apart from the world) we will be able to sift through the chaos and tap into TRUTH.

If we are on the precipice of the “great falling away” (2 Thessalonians 2:3) as I believe that we are, 1 John 2:27 provides the antivenom to protect us from being one of the unfortunates who falls away. If we abide in Christ and allow HIM to teach us all things, we will remain in Him.

Christ and Christ alone will preserve our souls from:

death via COVID
death via Delta variant
death via nefarious eugenic injections…
and ultimately, from the eternal death via the Great Deception.

Brothers and sisters, REMAIN IN HIM!!!