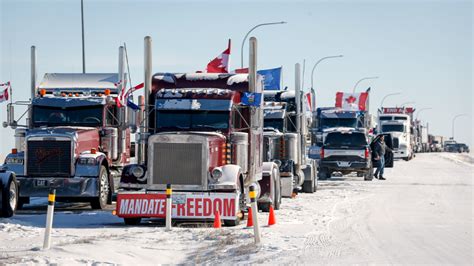 DISCLAIMER: I apologize in advance for writing this article. It literally pains me to do so. But please keep an open mind as I speculate, in writing, some of the fears and concerns many of us are feeling deep down but dare not voice. This article is purely speculative, and I am throwing it out there simply so the Body of Christ will not be caught unawares should things not be as they appear…as is often the case.

On 11/1 at 11:11 AM (that’s a curious number of elevens…) PBS News reported on Prince Charles’ statement given at the COP26 climate summit in Glasgow, Scotland. Was it perhaps the Divine Comic of Psalm 2 that orchestrated Prince Charles’ jaunt up the steps to the podium, where he tripped and nearly fell on his face just moments before uttering the phrase “war-like footing”? Now, that’s comedic timing. Sort of reminds me of THIS.

Here is the opening statement of Charles’ speech:

“Your excellencies, ladies and gentlemen, the COVID-19 pandemic has shown us just how devastating a global cross border threat can be. Climate change and biodiversity loss are no different. In fact, they pose an even greater existential threat to the extent that we have to put ourselves on what might be called a war-like footing.”

That, my friends, is what they call the “set up.” COVID-19, which has held the entire world in sway for 2 years, is now, in the eyes of Prince Charles, less of a threat than climate change? He then follows that line up with this one. (And is there perhaps a truth in plain sight, order out of chaos, easter egg hidden in this statement?)

“I know you all carry a heavy burden on your shoulders, and you do not need me to tell you that the eyes and hopes of the world are upon you to act with all dispatch and decisively, because time has quite literally run out.”

“Time has, quite literally, run out….”

Time for what? What’s running out?

“We know what we must do. With a growing global population creating ever increasing demand on the planet’s finite resources, we have to reduce emissions urgently and take action to tackle the carbon already in the atmosphere, including from coal fired power stations.”

“With a growing global population creating ever increasing demand on the planet’s finite resources….”

Reduce emissions? Is that REALLY the solution you are posing to overpopulation, Charles? Or, are you drinking from the same satanic sewage pipe as your son, Prince William, who at a Tusk Trust gala back in November of 2017 said, “Africa’s rapidly growing human population is predicted to more than double by 2050 – a staggering increase of three and a half million people per month.” And then went on to conclude that all these pesky human beings and their baby-making rituals were a threat to wildlife. And apparently, this sort of “too many peasants” problem runs in the family. Prince William’s grandfather, the Duke of Edenborough, once called for “voluntary family limitation.” Yikes.

Also bear in mind, Prince Charles’ wording, “…climate change pose[s]… and existential threat.”  Existential, according to American professor of philosophy, Robert C. Solomon, is a “…philosophy that explores the problem of human existence…in the face of an apparently meaningless or absurd world.”  I don’t know about you, but I don’t feel great about world leaders, wielding their scepters of power over me and my family, in hopes of averting phantom “existential crises” which are based upon nothing but misguided beliefs in theoretical philosophies that run contrary to the Scriptures. Yahweh’s first command to mankind was to be fruitful and MULTIPLY…not to “maintain humanity under 500,000,000 in perpetual balance with nature” (see the Georgia Guidestones).

Folks, this has nothing to do with an existential crisis or “climate change” (their fancy new phrase for “global warming” which they had to retire after Al Gore ruined it for everybody). This is ultimately about depopulation and control. But the term “depopulation” is for conspiracy theorists, so I’ll use the elite’s own phrase de jour instead: “Population Engineering.”  There, that’s better. It sounds so much nicer than, “We are gonna round you all up like filthy cattle and put you down.”

Back to Prince Charles’ speech. Here is where we get to the heart of the matter. Around the 2:40 mark, Charlie boy says:

“We also know that countries, many of whom are burdened by growing levels of debt, simply cannot afford to go green. Here we need a vast military style campaign to marsh the strength of the global private sector, with trillions at his disposal far beyond global GDP, and with the greatest respect, beyond even the governments of the world’s leaders. It offers the only real prospect of achieving fundamental economic transition. So how do we do it? First, how do we get the private sector all pulling in the same direction? After nearly two years now of consultation, CEOs have told me that we need to bring together global industries to map out in very practical terms what it will take to make the transition. We know from the pandemic that the private sector can speed up timelines dramatically when everyone agrees on the urgency and the direction.”

Translation of key phrases: police state, global reset, 100% compliance, we’ve been planning this since before the COVID “pandemic”, we are now moving onto the next phase of the plan, we will implement Phase 2 quickly, everyone will comply.

So, here is the part of the article I really don’t want to write, but I feel strongly compelled to do so anyway. I am sorry to be the wet blanket, fun wrecker, rain-er on your parade, killjoy, grinch, spoilsport, party pooper, glass-half-empty curmudgeon; but here goes nothing.

In November, Prince Charles announces to world leaders behind closed doors that they plan to implement a pre-conceived, two-years-in-the-making transition from a war on COVID to a war on climate change. He says that the transition will be accomplished by “speeding up timelines dramatically” and—whalah!—a mere four months later, suddenly, WE THE PEOPLE rise up and overthrow political leaders all over the globe and take down CNN…conveniently affording the globalists the invitation they need to step in and speedily implement their global reset.

COVID-19 is not THE plan, it was merely Phase 1 of a greater plan. COVID has come to the end of its use, but how do they abruptly stop it in its tracks without having to eat crow or contradict the “science”? How do they abruptly transition to Phase 2 of the plan with millions of people still wearing masks, getting boosters, and shuddering at the sight of their own shadow lest they catch the common cold and be put in their grave?

They do what they have always done. They wire the whole thing up with explosives and destroy it. But they’re clever about it. They make it look like WE destroyed it. The Deplorables are the real heroes! The truckers rolled into Canada and a bunch of flags, signs, and You Tube livestreams chased away all the bad guys and restored freedom to the globe—wrestling tyranny from the jaws of the globalists! It pains me to say this because I have been watching the trucker convoy and the takedown of CNN with utter glee these past 10+ days. But…something just doesn’t sit right with me about the whole thing. It’s too abrupt. Too easy. Too convenient. Too in sync with the globalist timeline.

Every tragedy needs a reluctant hero. Some shy, unassuming guy like Luke Skywalker who rises from obscure farm boy to the jedi knight who saves the solar system from the evil clutches of the Galactic Empire. This trucker convoy and this takedown of CNN is our Return of the Jedi moment!

The only problem with a reluctant hero’s instant rise to fame (whether it be Donald Trump, the Republican Party, or 50,000 super cool, courageous, patriotic truckers) is that, once the war is perceived to be won, we rest on our laurels. We feel safe. We feel empowered! We brought down Trudeau! We brought down the vax mandates! We brought down CNN! And from that point forward, we operate within a realm of blind confidence that WE THE PEOPLE beat the system. We wear USA t-shirts and high-five strangers on the street for a few months, but eventually, we go back to doing what we do best—being fat, dumb, and lazy, parked in front of our plasmas, and we get so cozy that we don’t even notice when Prince Charles and his elitist, globalist cronies roll into town with their vast military style campaign and speedily escort us into their two-years-in-the-making global reset transition. Welcome, folks, to the Fourth Industrial Revolution!

Now please, DO NOT hear me saying that the truckers, or the Canadians who are a part of this convoy are shills or trolls who are “in on it,” or being paid off by Soros, or are in cahoots with the bad guys. No way! They are proud, freedom-loving people doing their part–and they are inspiring the world! But I think the reason they are being allowed to do their part (with little to no interference) is because they are unwittingly being used to forward the narrative in the exact direction the globalists want (and frankly, need) it to go.

The trucker convoy and the takedown of CNN is the perfect pressure release valve needed to release two years of pent up fear, anger, and isolation. It’s a way to avoid a revolution—a likely scenario had they went much farther in their plan to enforce vaccine mandates.

1 Peter 5:8 says, “Be of sober spirit, be on the alert. Your adversary, the devil, prowls around like a roaring lion, seeking someone to devour.”

We MUST heed this warning! We must always remain alert and be of sober spirit. And we had better pray and test the spirits before we all, like Charlie Brown, line up to kick Lucy’s football and trek out to Washington D.C. en masse where another “January 6” incident likely awaits us. (Or even worse–a graphene oxide-infested National Mall pre-sprayed in preparation for the arrival of all of us gullible, unvaxxed Deplorables).

Don’t trust everything you see. Even salt looks like sugar.