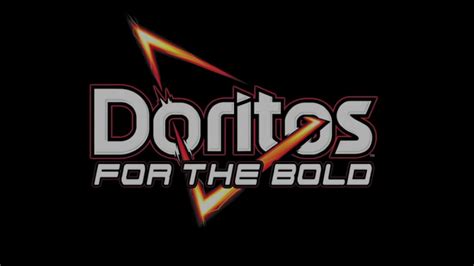 A little more than a month ago, Doritos launched a new marketing campaign: For the Bold! According to Doritos, their new mantra, “celebrates the bold self-expression of today’s generation.”

Allow me to digress for just one moment. As believers, the Bible informs our ideas and definitions of words and concepts such as what it means to be bold.  According to King Solomon, the righteous are bold as a lion (as opposed to the wicked, who flee even when not being pursued. Proverbs 28:1). According to Luke, boldness is proclaiming the kingdom of God without hinderance (Acts 28:31). According to Paul, we receive boldness from Jesus Christ and we access this boldness through our faith (Ephesians 3:1). I could go on, as there are many other Scriptures that address boldness.

Thank you, Doritos, for filling the void of op-ed advertisements pushing the LGBTQ agenda that, up to this point, have failed in their quest of total inclusion by excluding the homosexual ghosts of our dead ancestors. I mean, shouldn’t all our closeted relatives finally be given their post-mortem chance to out themselves to their family on Dia De Los Muertos?! 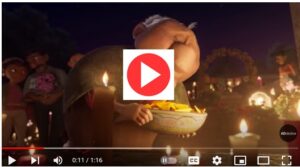 For those of you, like myself, who do not speak fluent Spanish, allow me to translate (though, one hardly needs to understand the words to understand the message). An auntie and her family visit the grave of a dead relative–auntie’s brother, Alberto. They have decorated his grave with Uncle Al’s favorite snack chips. Alberto, magically vivified by the lubricious scent of genetically modified corn, is conjured from the dead. The shock of seeing their blue-lipped cognate only intensifies when another ghostly apparition appears beside Alberto—his posthumous, same-sex lover, Mario [homophobic gasps!]

Auntie soon recoups and gives Alberto her blessing, saying something to the effect of, “Now I don’t have to worry about you being alone anymore!” Upon this benediction, the Rigor mortis is replaced by a full-color Alberto and Mario—who both are now, in one way or another, able to live again. The family warmly embraces.

The screen cuts to black and we read: nunca es tarde para ser quien eres., which translates to: “It’s never too late to be who you are.”

That’s right folks, in just 76 seconds, we see the promotion of:

And all this makes me ravenously crave a bag of corn chips….how, exactly?!