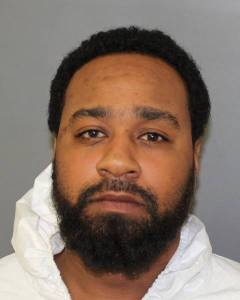 In a plea deal reached with the district attorney, Lloyd Scott, 35, pleaded guilty on Thursday of first degree manslaughter in the beating death of his 2 year old son in April 16, 2018.  As a part of the plea deal, Scott agreed to a 21 year prison sentence with five year supervision post release.  His sentencing hearing is scheduled to take place on December 6th.

Scott had initially been charged with murder to which he had plead not guilty.

Scott had been responsible for watching his two year old son while the boy's mother was at work.  At some point during the evening, Scott beat the boy and then put him to bed.  He told the boy's mother that the boy was asleep when she returned home from work.

According to the district attorney, when the mother went to check on him, she found he was not breathing and that his face and torso were covered in bruises.  Scott conceded to drive them to the emergency room, but as the mother rushed into the ER with the boy in her arms, Scott drove off.

He was arrested later that night and was charged with murder.

The boy was pronounced dead at the hospital, and an autopsy revealed that the cause of death was blunt force trauma which also inflicted lacerations to his liver, pancreas and intestines.