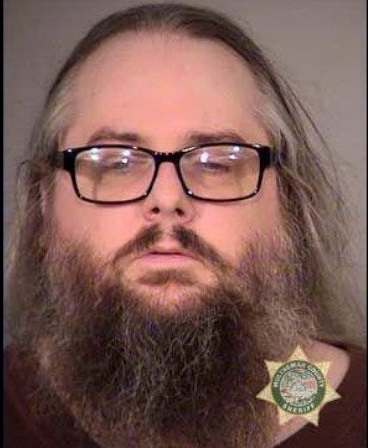 Andrew Franklin Kowalczyk, 44, was sentenced to 270 years, to be served consecutively.

“Andrew is evil itself,'' the 23 year old survivor said of Andrew Franklin Kowalczyk.  "He deserves to rot in prison for the devilish things he’s done to me and my baby sisters.''

In 2005, the elder sister was eight years old and her twin baby sisters were two years old.  Their single mother had landed in hard times and so when a friend of her brother offered to put her and her daughters up in a motel so that they didn't have to stay in a domestic abuse shelter, and to even watch them for her while she looked for housing and a job, she gladly accepted the offer.  She would later tell the attorney's office that she never suspected any abuse as it seemed he always treated the children well, even buying them clothing, diapers, shoes, and a birthday cake.

The elder sister told U.S. District Judge Mitchell W. Mosman at the sentencing hearing how Kowalczyk would ply her with ice cream and rub her back until she would fall asleep.  “It turns out that Andrew was actually a monster. I know now that he was doing something to my sisters and I so that he could rape and molest us.’’

She recalls the events of the time spent in those motel rooms and the abuses suffered, but thankfully her younger sisters have no conscious recollection of the events.  Represented by attorney Erin Olson, she told Judge Mosman that the teenage sisters “have no conscious memory of Andrew or the horrific things he did to them. Since it’s incomprehensible, they cannot imagine it, but they believe it.’’

Attorney Olson went on to state that the sisters, still in the care of the state, struggle with persistent fears and sadness for their elder sister that remembers the abuses, as well as anger at their mother for leaving them with Kowalczyk.  Their elder sister still deals with night terrors and guilt for not being more fully aware of what was happening as a child and acting to protect her sisters.

In December of last year, the federal jury took about 20 minutes to return a verdict of guilty on all nine counts of sexually exploiting the three sisters after a trial that only lasted four days.  Judge Mosman made it clear that counseling was available for the jurors at that time as they had to spend hours viewing depraved and sadistic images of the young girls that had been recovered from Kowalczyk's cameras and hard drive.   According to the Oregonian, there were other images of the twins bound and hung from a shelving unit or shower rod while wrapped in one of Koalczyk's shirts.

“Kowalczyk tried every conceivable tactic to delay prosecution and rob his young victims of the justice they deserve. Today his attempts to delay punishment for his horrific crimes have ended,” U.S. Attorney for the District of Oregon Billy J. Williams said at the sentencing hearing Monday.

“In terms of the sexual exploitation abuse of children, this defendant is the worst this courthouse has ever seen. … Defendant showed no remorse. He will always be a predatory sex offender as long as he lives,” Assistant U.S. Attorney Scott Kerin said.  He recommended that the maximum available of 30 years be awarded for each of the counts against Kowalczyk and that the sentence run consecutively.  Judge Mosman accepted his recommendation.

Kowalczyk was stopped by a Washington police officer in 2007 for driving a vehicle that did not belong to him.  During that traffic stop, he was not in possession of a driver's license, gave false information and refused to get out of the vehicle.  The resulting high speed chase was called off due to concerns for public safety.

Kowalczyk was traced to a motel in Puyallup, Washington where he was arrested as he attempted to leave in a taxi.  It wasn't until January 2008 that a warrant was granted to Des Moins, Washington police detectives to search the electronic devices that had been in his possession.  That was when the found the child pornography, some of which appeared to be home made.  They were able to easily trace the meta data in some of the images to the cameras Kowalczyk had been in possession of.

Police released some of the non-pornographic images in order to try and identify the victims.  The mother recognized her children and made contact with authorities.

He was initially charged in February of 2008 with a single count of exploitation of a child.  By March eight additional counts were added.

Despite years of delays including more than a dozen new demands for counsel, motions to suppress evidence, and even allegedly trying to have attorney Kerin murdered, this case has finally been concluded.