Sixteen year old Destiny Rose was last seen on August 20th at the Alpha Group Home, a therapeutic group home that “specializes in treating adolescent and teenage girls who have experienced trauma or have suffered severe behavioral and emotional disturbances,” where she was staying.

Since then, she has been missing. Police had her listed as a "habitual runaway" and suspected that she had merely run away from the group home until her aunt came to them with news that she had received a disturbing video call from Rose' phone.

Shanna Champion reported to police that she received an Instagram Live video from Rose's phone.  When she answered, she reported seeing a Hispanic male in his late 20s or early 30s with crew-cut hair and a short patch of facial hair.  The image then panned to her niece, bound in a chair, crying with a rope around her neck.  The man is reported to have told Champion, "If you actually cared about her, you would be here to get her," before abruptly ending the call.

The video was not saved to Champion's device.

Police are using social media to try and find leads in this case.

Detectives are asking anyone with information about Rose to call the Davie Police Department detectives at 954-693-8200 or Broward Crime Stoppers at 954-493-8477. 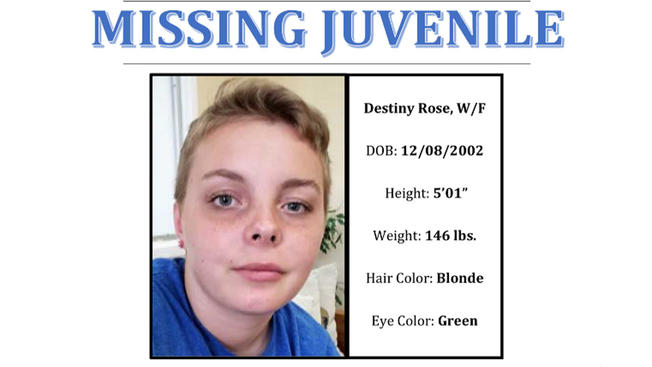