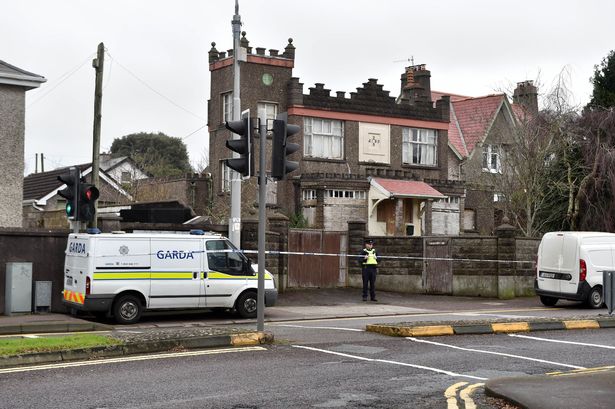 Saturday afternoon someone looking over a fence for a cat made a startling discovery; a dismembered body.

Emergency services responded to the residence, which has been unoccupied for about a year as the owner is in care, at about 4 in the afternoon.

Garda Superintendent Mick Comyns spoke during a press conference yesterday afternoon saying, "I would ask that any speculation that has been going on since yesterday evening – it is not helpful to our investigation.”  He stated only that the victim had suffered "severe injuries."

Described as a quiet man that wasn't any trouble to anyone, many are shocked not only by the identity of the victim, but by the nature of the crime.

“There are no words really to describe how bad this is. It’s awful. I know there’s deaths and there’s violent deaths but this is really at the higher end," the Irish Mirror quoted one individual, not clearly identified as saying.

Gardai are conducting house to house inquiries and seeking any CCTV footage that is available.  As the house has lain empty for over a year, activity in the area would have been seen as out of the ordinary and garnered attention.  Gardai are also reaching out to people that would have been driving in the area with dash camera footage.

“This is normally a very quiet area. There is a lot of traffic, a lot of pedestrian traffic but it is a quiet area which doesn’t get a huge amount of garda activity. A lot of people in this area do walk in to the city centre. It is a derelict house. There shouldn’t be any activity in and around the house,” Comyns said.

While the investigation is clearly still in the early stages and ongoing, they are speculating that Dunne may have been there as long as back to the 25th.  He was currently residing at a shelter or the homeless, but it was evidently not uncommon for him to go off on his own for a few days at a time.  At the time of the discovery, he had been unaccounted for for two days.