Early Monday morning Irving Police responded to a call concerning a boy being either "unconscious or passed away," placed by eight year old Joevani De La Pena's mother, Tisha Sanchez, 30.  Upon responding, Police found the boy, deceased, inside of an RV behind the home.

According to Sanchez's sister, she received a call asking for forgiveness because "the demons told her to sacrifice her son."  Her sister stated she believes Sanchez suffocated De La Pena with a pillow.

Currently, Sanchez is in the Irving City Jail facing a capitol murder charge.  Her bond is set at $2,000,000.

Seven months ago, Sanchez had a run in with law enforcement as a result of her treatment of De La Pena at a supermarket.  Concerned shoppers called the authorities.  There was evidently not enough evidence for abuse charges though she did resist arrest and assault a peace officer.  She is also facing charges related to this incident.

Police took Sanchez to a hospital at the time to be checked out, and the call to authorities was enough to open a case with the Texas Department of Family and Protective Services.  They investigated the matter, but closed their case just a few weeks later.

There is a fund raiser for helping with the funeral costs for De La Pena. 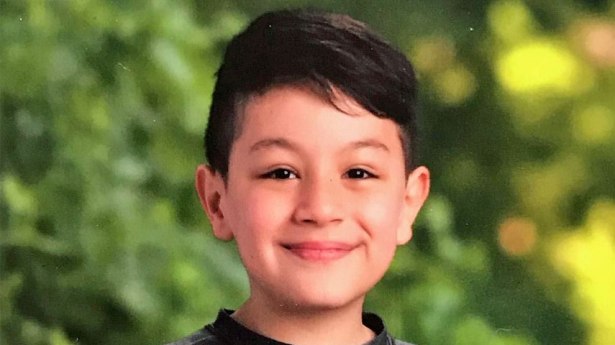