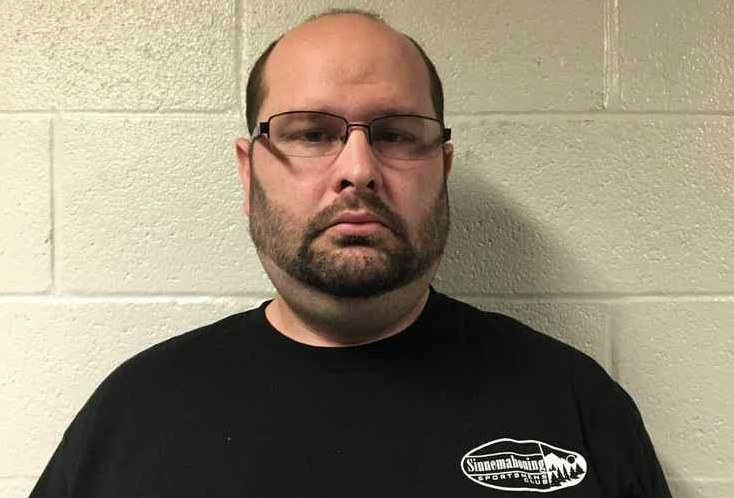 McCollin was arrested again on Thursday after another boy came forward with allegations also dating to August 26th.  This time, the charges stem from a five year old boy who, like the four year old, states that Mr Andrew touched him on multiple occasions.

He now stands charged with institutional sexual assault, aggravated indecent assault of a child under 13 years old as well.  He is being held at the Berks County Jail on $60,000 bond.

Authorities have not ruled out the possibility of more victims and are still investigating.  Anyone with any information is being asked to contact detectives at 610-478.7171.

Detectives were contacted on Monday after a four year old boy told his parents that "Mr Andrew" had rubbed his back under his clothing and touched his private parts.

When the boy was asked how many times this happened, his response was, "plenty."

Andrew McCollin, 33, an employee of Creative Beginnings Child Care Center was interviewed by detectives.  He initially denied touching the boy's genitals, but did admit to rubbing the boy's back, sides, and stomach.

According to the Berks County District Attorney's Office though, McCollin did later admit to touching the boy's genitals, and on more than one occasion.

McCollin was arrested on Friday and has been charged with indecent assault, corruption of minors and endangering the welfare of a child.  He is being held at the Berks County Prison in lieu of $75,000 bail.

Police are continuing their investigation to determine if there are any other victims.  Anyone with information is encouraged to call the Berks County District Attorney detectives at 610-478-7171.