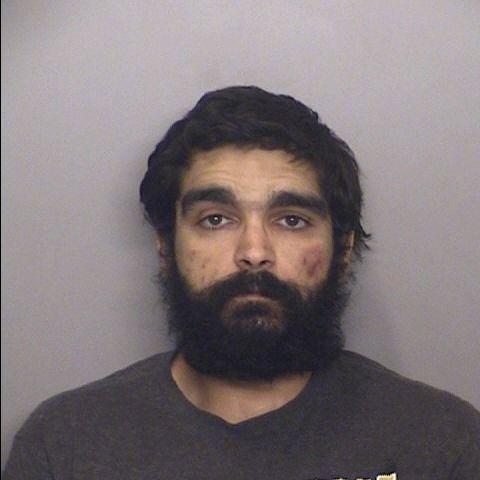 Lamadrid was arrested and charged with  Contact or Communication with Minor to Commit Offense, Unnatural or Abnormal Sexual Interest in Children and Possession of Child Pornography and was booked into the West Valley Detention Center.

The ICAC determined that Lamadrid was using social media apps such as Snapchat and Likee to contact a ten year old girl and attempt to engage her in sexual activity.

"Despite the fact the suspect knew the victim was only ten years old, he was attempting to meet the victim at a specific location or pick her up from school to engage in multiple sexual activities. The suspect sent the victim videos of himself performing sexual acts through these cellular telephone applications and attempted to solicit her to send him videos," Fontana Police said in a written statement.

Further investigation revealed that there were other girls that Lamadrid had been in contact with, and police are working on following up with those leads.  Lamadrid is reported to have used the screen name "JackSawyer311" in Snapchat.  It is reported though, that he was also using Skout, Whisper and Kick to contact people.

Fontana Police Officer Rich Guerrero advised, “Parents, just please check your children’s phones.”  Officials are concerned that there are many victims that Lamadrid came in contact with that they don't even know about.

He is being held on $50,000 bail, and his initial court appearance is scheduled for Tuesday in the San Bernardino Superior Court.