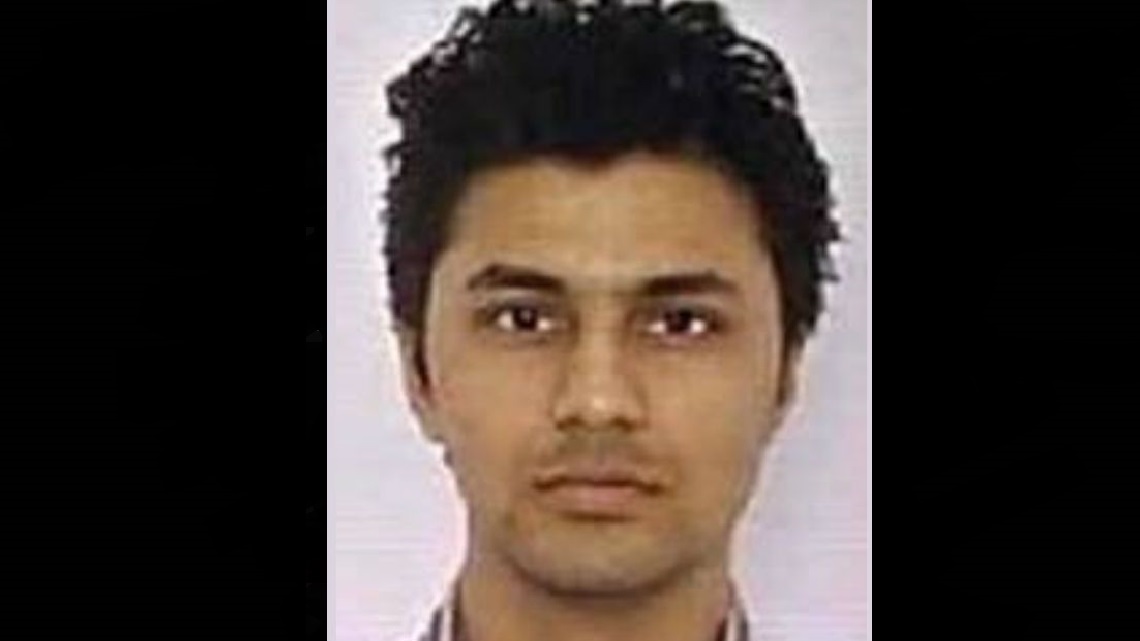 During the sentencing hearing on Wednesday, November 13th, the court heard from Prosecutor James Mulholland that Sarah Ashraf, 35, had expressed concern for the mental health of her brother to her boyfriend so had determined to spend some time with him and assist him with an upcoming move.

In 2011, the court heard, Khalid Ashraf had become depressed after being diagnosed with HIV.  According to the Daily Mail, Ashraf's attorney, Dean George told the court that his client was historically Muslim though he was not practicing as he was also homosexual and struggling to reconcile the two.

The court also heard that Sarah had reported back to her boyfriend that Ashraf had told her the chicken she served him for dinner one night was talking to him.  She evidently though, did not feel as though her brother posed any threat to her own physical safety.

Police were called to his apartment on January 5th after neighbors reported seeing blood on the front door.

When police arrived, the blood was gone, but they located Sarah's body inside one of the bedrooms.  Ahsraf was taken into custody and interviewed by police.  During the interview, he is reported to have told police that ‘Satan whispers into people’s ears and he used manipulation and lies to commit acts,’ and that he had been "instructed by Satan and his Buddhist leader" to kill his sister.

Metro further elaborated stating Ashraf had explained that ‘I felt  like I was on autopilot. I felt as if we were both being controlled and it had to happen. I strangled her and I felt I was doing the right thing.'  He said he had heard a voice after, telling him that she would be alright by the next day.

When he appeared in court on January 8th to be charged with murder, a mental health evaluation was ordered.

As a result of that evaluation, psychologists state that Ashraf has been diagnosed as suffering from paranoid schizophrenia at the time of the murder.  Their conclusion is that the murder is entirely attributable to his mental health.

The court accepted his plea of guilty to a lesser charge of manslaughter on the grounds of diminished responsibility at an earlier court hearing.  On Wednesday, he was sentenced at the Old Bailey to a Hospital Order under the 1983 Mental Health Act.  Under this sentence, he will be held at a mental health facility until he is deemed to be mentally fit and no longer a risk to the public.