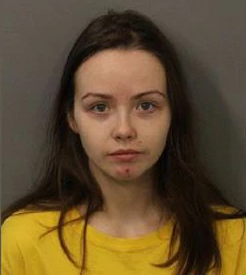 The mother of a three month old, Thaysa Gagne, 21, of Fall River, Massachusetts, was ordered held without bail on Monday for charges including assault and battery of a child causing serious bodily injury, wanton or reckless endangerment of a child and witness intimidation. She is due back in court on June 17th.

The abuse came to light after Gagne dropped the infant off with the paternal grandmother to be baby sat. Upon discovering the abuse, the grandmother took the infant to Charlton Memorial Hospital on June 4th. Due to the severity of her condition, doctors ordered the child transferred to Hasbro.

The attending physician there, upon examination of the child, called police. According to a police report prepared by Major Crimes Division Detective Dwaine Cabeceiras on file at Fall River District Court, the attending physician stated that this was the worst case of abuse she’d seen in the twenty years she’d been a physician.

According to the report, an intrusion into the child’s vaginal cavity was found that led doctors to believe that she may suffer lifelong medical complications.

The mother met police at the hospital before being transported to the Fall River Police Department.

She told investigators initially, that she was unaware of the trauma up to the time that she dropped her daughter off to be baby sat. The father also denied any knowledge of the injury. Both gave consent for police to search their apartment.

Upon further investigation, Police recovered several diapers that also contained blood, leading them to believe that the abuse had occurred one to three days before the child was taken to the hospital by her paternal grandmother. When informed of the recovered evidence, Gagne told Police that the injury had occurred when she was cleaning her daughter.

At this time, the father has not been charged in connection to her injury.