On June 19th, the skeletal remains of missing Fort Hood soldier Gregory Wedel-Morales were located in Killeen, Texas.  This ends an 11-month search for questions in his disappearance. 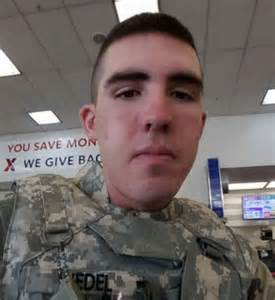 Just walking distance from where his remains were located, volunteers found additional remains on the Saturday evening.

Officers that assisted with the recovery merely stated that “The remains will be sent to the Southwestern Institute of Forensic Sciences in Dallas to determine if they are human or animal.” No further information about the recovery was made public.

Speculation is flying though as to whether these remains, which have yet to be identified as either human or animal, could be the remains of another missing Fort Hood soldier, 20- year-old Vanessa Guillen.

Guillen was last seen on base in the early afternoon of April 22nd.  Her wallet, car keys, room key and identification card were recovered from the armory room in which she had been working that morning.

Her case has recently gained some attention, even sparking a petition on Change.org, because of the allegations coming forth that she had told her mother that one of her Sargents was sexually harassing her but that she didn't want to report it for fear that, as in other cases she knew of, she would not be believed.

The family is alleging that the military is doing nothing to help find Guillen and has enlisted the services of Attorney Natalie Khawam.

According to a Facebook group dedicated to finding Guillen, her family plans to host a press conference in Washington DC this Thursday in order to call for a Congressional investigation into Guillen's disappearance and to, according to Khawam, petition for legislation that will protect soldiers against unwanted sexual harassment and assault.

"The facts aren't good. I don't like them," said Khawam. "There were a few incidents where she had told her colleagues, her friends, her family about being sexually harassed but she was afraid to report it. How does someone disappear on a base that has more protection and safeguards than anyone else on the planet?"