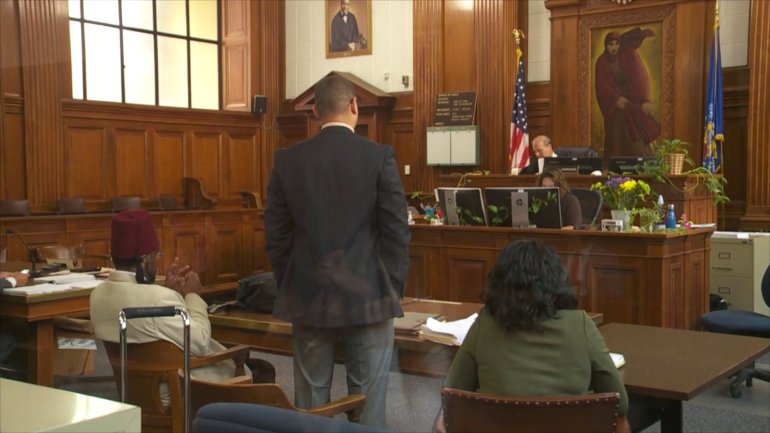 Kevin Boon-Bey who chose to represent himself, is seen with Felicia Boon and her attorney in a photo taken by Fox6.

The trial concerning an abuse case out of Cudahy, Wisconsin began on July 23rd.  Kevin Boon-Bey, 47, and his now-estranged wife Felicia Boon, 35, have each been charged with six felonies resulting from the treatment of a 15 year old girl from August to December 2018.

During opening statements, Prosecutor Matthew Torbenson painted a horrid picture of abuse and neglect.  He warned jurors that they would hear of the smell of urine and feces emanating from a second floor bedroom door and that on the other side, they found a 15 year old girl with zip ties and no food.  He stated that the other six children in the home, who were all treated well, administered beatings at the instruction of their parents.  The defendants said that it was actually the children that were behind it all.

"She was treated like anything but a human being, but she is a human being. She's going to take the stand and tell you what she suffered at the hands of these defendants and the children," said Torbenson.  According to information that was published at the time of the arrest, Police noted that inside the child's room was a bed frame with no mattress, blankets or pillows, an empty dresser and an ice cream container with urine inside.

Boon-Bey, who chose to represent himself in court, kept his remarks short saying simply, "My goal is to show and to prove to you that all we had was a normal home with our biological children and other children we brought into the home."

The criminal complaint filed in December actually concurs with that statement to a point, saying that one of the juveniles was allegedly put in charge of disciplining the victim - after Felicia Boon was tired of dealing with her.  In one instance, the teen recounted that water would be heated up in a microwave and thrown onto her, and that she had been told "this is how hell feels."

In December of 2018, the girl managed to get a hold of a cell phone.  She recorded some of the abuse and then sent the recording to a family member who then called the police.

On Wednesday, the jury heard that 11 minute recording.

Cudahy Police Officer Adam Frick also took the stand on Wednesday enumerating that it was clear that Boon-Bey was aware of what was going on as the girl was heard crying out to him during the recording and his voice could be heard telling her to "Get back upstairs or you’ll get a whooping."

On Thursday, the girl took the witness stand.

Described as highly intelligent and composed in spite of what she's been through, she didn't hide that she hasn't healed from her experience yet.  "This is not just a one-day process," she said.  She recounted her experiences during the months that her father and step-mother had locked her in the bedroom.

"I was forced to lay my head in my pee, and I didn't eat for days," she told the jury.   She explained that she was also beaten "with poles, anything hard they could find. The metal parts of belts. Water would be thrown on me -- hot, cold, it didn't matter."

During his chance to question his daughter, Boon-Bey chose to tell her, "I still love you. You're my firstborn. I'll still fight for you."

The girl explained that his actions indicated the opposite as he did nothing to stop the abuse she says was orchestrated by her step-mother.

"She's like, 'If you don't stop crying, I'm going to go back downstairs and let her [another child in the home] keep hitting you.' And he's like, 'Go back upstairs. I don't have time for this.'"

Defense attempted to cast doubt on the girl's credibility as a witness saying that she had made other allegations while living in the home, including allegations of being sex trafficked.

Boon-Bey and Boon are both accused with: 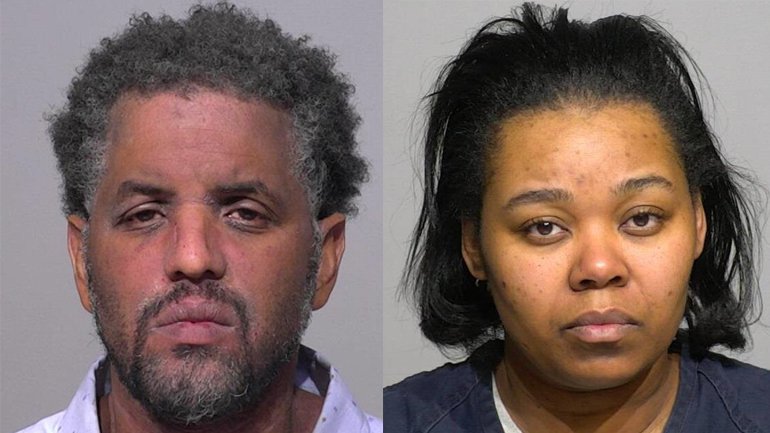