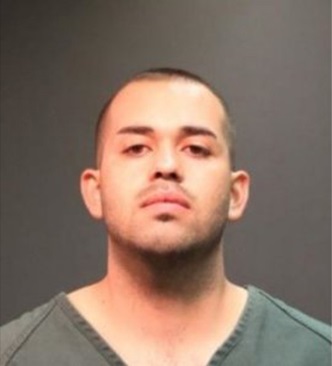 On Monday, August 19th, a mother left her 13 day old child in the care of his biological father, Jonathan Reyes as she laid down for a short nap.

When she awoke though, it was clear that her son had been severely beaten.  She rushed him to Children's Hospital of Orange County where he was admitted with a skull fracture, internal injuries, and multiple visible injuries to his face and body.  The child also tested positive for methamphetamine.  Police say he is in critical condition.

Reyes confirmed to police that he had been the sole care taker of the child while the boy's mother was napping.  Police said that he admitted to using drugs while he was caring for the child, but denied abusing the boy.

Reyes was out on bail for a robbery back in March at the time of the incident.  He is now being held at the Orange County Jail on $170,000 bond, and is due to appear in Central Superior Court on August 29th.