Surprise, Arizona: The Surprise Police Department announced that 21 individuals had been arrested following Operation "Back to Skool."

The dates of the operation were not included in the release.

"Operations of this type are a part of the Surprise Police Department's continuous effort to reduce the demand that fuels child sex trafficking and exploitation of children in our community." 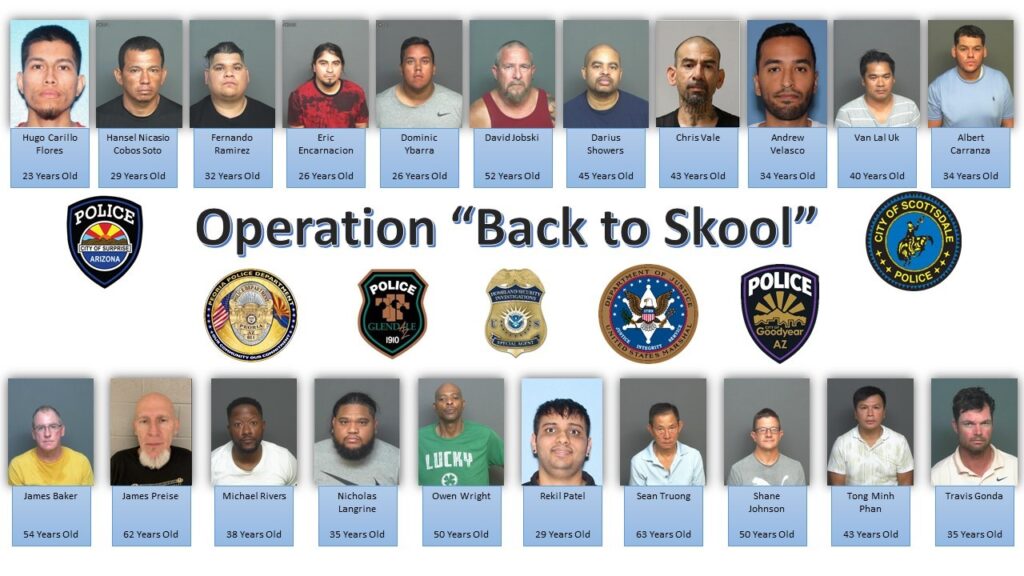