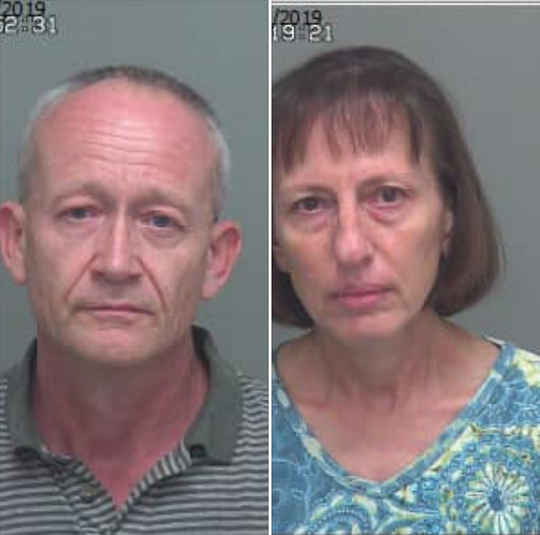 After escaping on June 28th, two females went to the Wakulla County Sheriff’s Office on July 1st and told a harrowing account of what life was like in the Ceska household.

According to their report to the officers, the girls, who have not yet been concretely identified either by names or ages in any of the reports, told of being forced to labor for the family starting at 5:30 am each day.  They stated that they had been instructed on the raising of pigs and sheep, how to shear, and even how to weave, in addition to more standard skills of gardening and sewing.

The picture they painted of their custodial guardians, Mirko Ceska, 58, and Regina Ceska, 55, of Crawfordville Florida, was one of doomsday preppers with several properties scattered across the United States with food and ammunition stores who abused them both physically and sexually over the years.  One of the females bore bruises on her back and arm from a beating she had allegedly recently received from Mirko using a metal rod.

According to a statement issued by the Wakulla County Sheriff's Office on Facebook, "The females reported they were not allowed to go anywhere, couldn't have friends, couldn't have cell phones, nor talk to people in public places. They stated they were not allowed to agree, talk or shake hands with anyone in public; rather, they were instructed to always look happy. The stated that if they didn’t smile, they would get punished. The females described a variety of punishments including verbal abuse, restricting their food intake, and beatings."

On July 11th, the females filed a domestic violence protection order with the courts.

The very next day, police took Mirko and Regina into custody.  Mirko was charged with sexual battery, sexual assault, abuse, and neglect. Regina was arrested and charged with two counts of neglect and two counts of failure to report abuse.  It is not clear at this time if the Ceskas have an attorney, or when they are scheduled to appear in court.