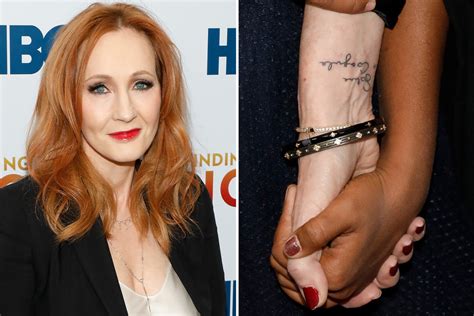 J. K. Rowling, a member of the Church of Scotland, has gone on record stating that the first novel in her series, “Harry Potter and the Deathly Hollows,” was partly inspired by Christianity. She publicly professes to be a Christian but explains that she initially downplayed this so as to keep readers from being able to guess the ending of her book.

“I believe in God, not magic.” In fact, Rowling initially was afraid that if people were aware of her Christian faith, she would give away too much of what’s coming in the series. “If I talk too freely about that,” she told a Canadian reporter, “I think the intelligent reader – whether ten [years old] or sixty – will be able to guess what is coming in the books” (Michael Nelson, “Fantasia: The Gospel According to C.S. Lewis”,
The American Prospect, vol. 13, no. 4, February 25, 2002)

Furthermore, John Granger, author of the book, “The Hidden Key to Harry Potter,” summarizes Rowling’s tome as, “…ironically writing the most charming and challenging Christian fiction for children since Lewis’ Chronicles of Narnia.“

These kinds of comments and observations create confusion when added to the full picture of Rowling’s interests and heroes. Take for example, the tattoo she showed off in New York during an HBO premiere for the documentary, “Finding the Way Home,” which she attended in December. The tattoo, which is above her right wrist (in Rowling’s handwriting) is the Latin phrase “Solve et Coagula” which means “dissolve and coagulate.”

Solve et Coagula is an alchemical term referring to the base transmutation from base to a finer state. A more fleshed out definition of the phrase can mean, “to gather or form into a mass or group.” So—is Rowling referring to the remnant Church—or the Borg’s hive mind? Not sure, but what I do know is this same phrase is tattooed on another “celebrity” many of us will easily recognize. 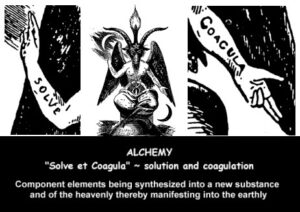 Yes, the Baphomet also has Solve et Coagula” tattooed on its forearms, with “Solve” on the right arm and “Coagula” on the left. I cannot stand in the place of judge and determine whether Rowling is a born again Christian—but the ink sure does seem in poor taste given its origins.

Another sketchy factoid is the author that Rowling credits as her greatest inspiration—E. Nesbit.

“Possibly the first influence that Lewis had in his life from another author was Edith Nesbit, whose works Lewis read as he was growing up. He took a lot of inspiration from her trilogy involving the Bastable children and mentioned in a letter once that he learned how to write children’s stories like his own Chronicles of Narnia from her. In the beginning of The Magician’s Nephew, Lewis mentioned the Bastable children in the first paragraph, thus showing his gratitude to the great authoress who taught him through her own writing to write Narnia.”[1]

Lewis was not the only one to be inspired by Nesbit’s children’s tales. Even now, nearly a century after her death, she continues to inspire other authors, including J. K. Rowling, who has gone on record saying, “I identify with E. Nesbit more than any other writer.”

Unlike Nesbit, whose books are overtly saddled with themes of amulets, magic, and the occult, her literary progenitors (Lewis and Rowling) wrote self-professing “Christian allegories” about God, Jesus, and the Bible. Rowling revealed in an interview in 2020 that Christianity was one of her major inspirations.[2] Interesting considering her greatest literary influence was a member of a secret society best known for blurring the lines between esoteric gnosis and Christian symbolism.

It was said of Nesbit that she, “…always worked on deadline at top speed. She could crank out 5,000 words in half a day— one draft, no revisions.”  This harkens back to occultist Helena Blavatsky who experimented with automatic writing—a trancelike state of mystical “dictation.”

Automatic writing, also known as psychography¸ is believed to be a psychic ability that allows an adept to write (often times a profound number of words or pages, many times in varying handwriting styles) without consciously writing or having any memory of having written anything down. Many automatic writers report having written on topics that they had previously never known about or had any knowledge or education about.

I am not making any dogmatic statements about what Lewis or Rowling’s Bema Seat experience before the throne of God will one day look like. How would I know? I am merely reporting some well sourced, documented facts about their shared, self-professed literary hero and some rather questionable choices of body art. I will simply conclude with the adage, “Remember, a wolf in sheep’s clothing does not look like a wolf. Get it?” 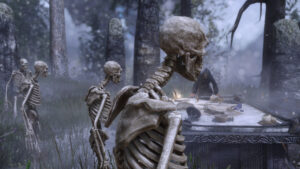