Lt. David Valenta with Special Victims Services of the Las Vegas Matropolitan Police Department is asking for the public's assistance in locating a woman believed to be the mother of a three-year-old girl found abandoned in the restroom of the Wynn Casino on Tuesday, December 29.

The black woman, described as being in her mid to late 20s wearing a blonde wig, tied back into a ponytail, and standing approximately 5'5" tall and weighing 125 pounds, was seen on dash cam footage from earlier in the day getting into a taxi with the young girl.  During the drive to the Fashion Show Mall, the woman reportedly asked about the nearest shelter.

From the mall, the woman and young girl walked across Las Vegas Boulevard and were seen on surveillance footage entering the Wynn Casino. 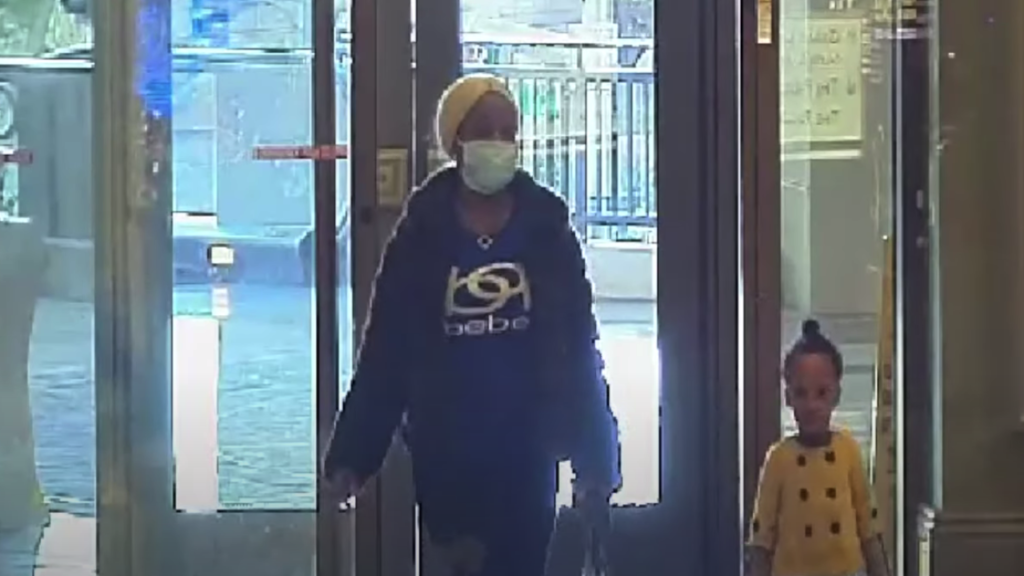 The woman was last seen walking north on Las Vegas Boulevard, and the girl was found by security in one of the women's restrooms shortly before noon.  She is reportedly in good health and now in the care of Child Protective Services.

This is not the only three-year-old child that was abandoned lately.

On December 23 a boy later identified as Tony was left at a Hinckley, Ohio cemetery in wet clothing and without shoes.  Another woman that happened to be there at the time, reported seeing him and a dog racing after a blue mid-sized car driving away at a high rate of speed.

"To the lady that was there, thank God somebody was there to be with him until we got there," Hinckley Police Chief Dave Centner was quoted by WTVR as saying.  "There was a god with him. She got out of her car and got the little boy and put him in her car and then called the sheriff's office."

There was an outpouring of concern for the young boy which resulted in the HPD lobby being filled with presents for him before his parents could be identified.

A family member though, recognized Tony form a picture posted to social media and contacted the boy's father.  He is said to be cooperating with the investigation and to have told officers that Tony was in the custody of his mother.

The dog found with Tony is in the care of the Medina County Animal Shelter and Tony has been placed with an aunt and uncle.

The investigation is ongoing and no charges have been filed at this time.

17-year-old arrested for killing 6 in Indianapolis