Jacksonville, Florida: The Jacksonville Sheriff's Office conducted a raid on the Assembly of the Body of Christ Church on the night of Wednesday, March 9, interrupting the worship service and arrested the pastor, 78-year-old Paul Dyal on a single charge of capital sexual battery of a victim 11 years old or younger. He is being held without bail and is scheduled to be arraigned on March 31 according to 4Jax.

While conducting the raid, two additional arrest warrants were being served in Oklahoma for 68-year-old Jerome Teschendorf and 85-year-old Vernon Williamson, both for a single count of capital sexual battery. 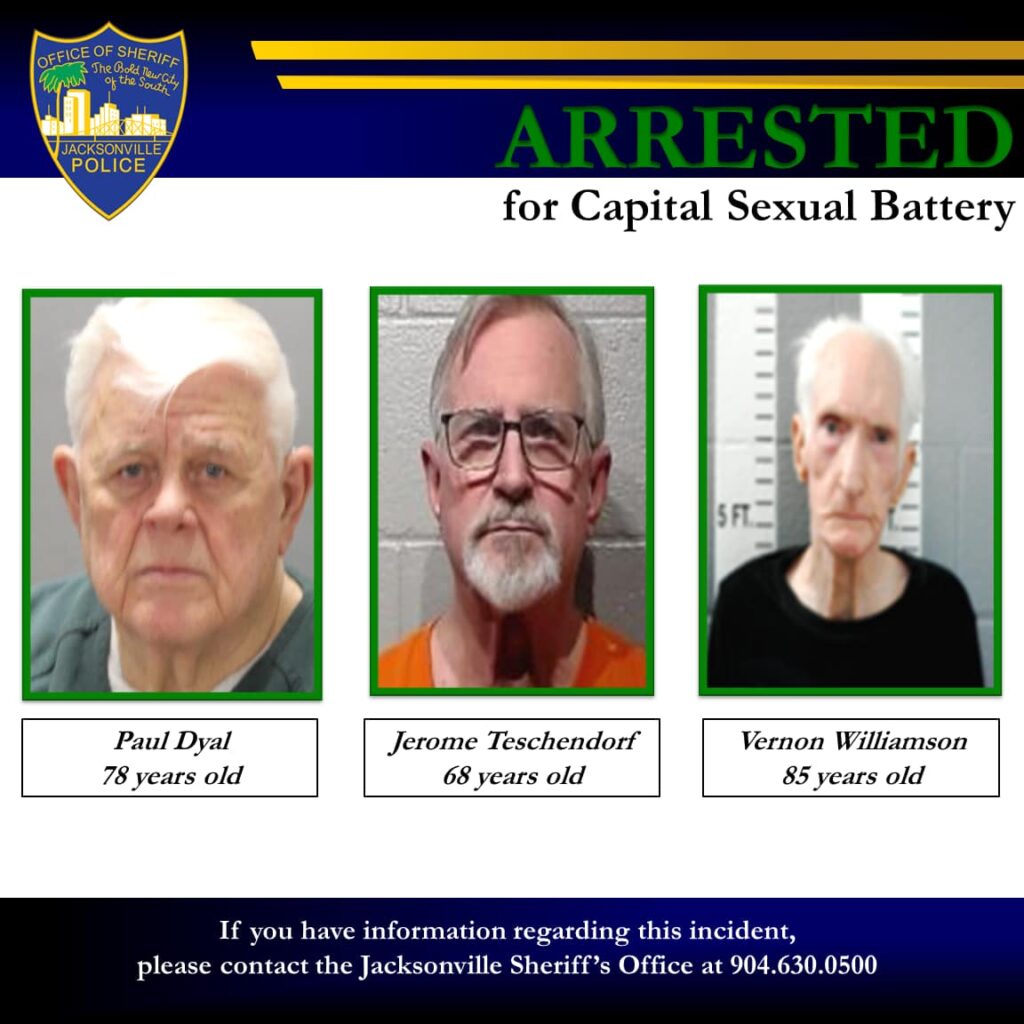 The sheriff's office asks that anyone with information contact them at (904) 630-0500 or by emailing at JSOCrimeTips@jaxsheriff.org. Anyone wishing to submit a tip anonymously may do so by contacting Crime Stoppers at (866) 845-TIPS (8477).

In September 2020 the Jacksonville Sheriff's Office Special Assault Unit received a tip concerning alleged abuse at the church and began investigating. "The investigation revealed both long-term sexual and physical abuse of minors in the church spanning a period of over thirty years" involving both boys and girls.

Attorney Cynthia Crawford who is representing several victims spoke after Dyal's first appearance in court on Thursday. "We plan to prove that this has been going on for over 40 years. It is time for the victims to have a voice and be heard and to see Mr. Dyal finally in handcuffs."

A member of the church called into 4Jax and said that the allegations against Dyal were "ludicrous."

"Kids love him, He's one of the purest men that I have ever been around," the anonymous caller reportedly said. "It makes my blood boil to see the comments people are making and I thought we were supposed to be innocent until proven guilty. Just because someone makes an accusation or a number of people make an accusation, doesn't make something true."

One of the survivors of abuse at the church also reportedly called in, recounting that it was not just a single instance of abuse.

"When I went in, I was about five. And it was fine. And then my parents would get sent to go out of town to other churches, and I would be left with other people. But the first time I was left with them, Paul Dyal and his wife, that's the first time it happened." She alleged that the abuse spanned approximately a five year period.

The Florida Times-Union reports that in 1985 Teschendorf was arrested in Jacksonville and charged with "sexual battery- victim mentally defective" but they were unable to determine the outcome of that charge.