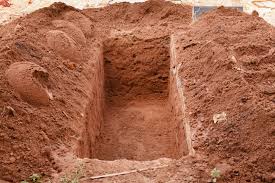 “My people are destroyed for lack of knowledge: because thou hast rejected knowledge, I will also reject thee, that thou shalt be no priest to me: seeing thou hast forgotten the law of thy God, I will also forget thy children.“

Over the past three weeks, we have been taking a deep dive into Robyn J. Whitaker’s article, “God Made the Rainbow: Why the Bible Welcomes a Gender Spectrum.” Last week, we took on half of Whitaker’s hypothesis pertaining to the gender identity of the eunuchs mentioned in Isaiah 56 and Acts 8. Whitaker writes:

“This is not an isolated case of affirmation. Isaiah 56 speaks of God being pleased with eunuchs who come to the temple and in Acts 8, a eunuch is fully included in the new Christian community through baptism. In neither case is change required of them before they can join the community in worship.”

In this article, we will be tackling the second half of Whitaker’s assertion, namely, this idea that the eunuchs who will one day be ushered into the temple in Christ’s coming kingdom, as well as the Ethiopian eunuch who Philip baptized, did not have to change in any way before joining the community of worship.

Unfortunately, Whitaker’s assertion is so broad that it becomes vague. I find it hard to believe that anyone who knows what the meaning of the English word “conversion” means would assert that “no change” is required (being that a radical transformation is inferred within the very meaning of the word conversion). So, I can only guess as to Whitaker’s meaning, and I will attempt to do so fairly.

According to the Oxford dictionary, conversion is, “the process of changing or causing something to change from one to another.”

Other ways of describing this change—in biblical terms—are to be:

You get the idea.

I am a bit stymied how Whitaker can assert that the Ethiopian eunuch was baptized and welcomed into fellowship without any change required when the very ritual of baptism that he took part in is a symbolic representation of dying, being buried in a grave, and resurrecting again as a new person.

Paul takes this metaphor one step further in the book of Ephesians when he says that the Gospel transfers us from the “enemy of God” column over to the “child of God” column once we receive Christ as our Savior. To say that an enemy of God is going to act exactly the same as they always did once they become a child of God is ludicrous; and I dare say, even Whitaker would agree with me on this point.

Conversion is not a mere administrative task performed at the great DMV in the sky, where some disgruntled angel spends all day updating name changes into a database. There is not a woman in the world who believes that “getting married” just means her last name changes on her driver’s license. No. When you get married and change your name—that name change infers a radical overhaul of that woman’s entire lifestyle and identity.

Likewise, when we enter into covenant with Yahweh, we become His betrothed. Just do a few minutes of online research to discover the beautiful symmetry between the Torah and Jewish nuptial agreements. The parallels are staggering. Yahweh didn’t come down through the clouds to deliver 600+ rules and regulations to burden us with—he was proposing!!!

And it is staggering to me that someone who the Bible refers to as an “enemy of God,” pre-conversion, can expect to accept a divine marriage proposal from God Himself, with the understanding that they can still look, feel, believe, and act like the “enemies of God” that they were before accepting the proposal.

Interestingly, we get some insight into what changes were required of God via a study of the early church in 1 Corinthians 5. Paul, writing to the Corinthian church, is mortified because fornication has been found among them. Fornication that was so grossly forbidden that it was not even found among the gentiles (read: pagans, most of whom worshiped Aphrodite—which was nothing more than a sex cult).

A man in their congregation was openly having sexual relations with his father’s wife (likely a stepmother).

SIDE NOTE: I find it very interesting, given the tolerance for sexual deviance within the postmodern evangelical church movement, that the Corinthians were not only failing to enforce the Torah, but they were actually PROUD of this man who was living in open rebellion against the law of Yahweh. Paul writes in verse 2, “And ye are puffed up and have not rather mourned.” Is it a coincidence that of all the words in the entire English language the LGBTQ movement has adopted as their mantra, it is the word PRIDE. And here, thousands of years before any of us existed, the apostle Paul is rebuking the Corinthians, not simply for the sexual deviance found among them, but for their audacity for taking pride in it. Woah.

We talk about 1 Corinthians 5 today as the “excommunication” passage, and indeed it is—the fornicating man was “purged” from the assembly. But Paul takes it even further, when in verse 5, Paul not only tosses the guy out on his rear and tells everyone in the church to not even share a meal with him, but then he exhorts them further to deliver the fornicating man over to Satan for the destruction of his flesh!

For Whitaker, and anyone who believes as she does—that no change is required of those whose sexual practices deviate from the Law—I direct you to verses 11-13:

“But now I am writing to you not to associate with anyone who bears the name of brother if he is guilty of sexual immorality or greed, or is an idolater, reviler, drunkard, or swindler—not even to eat with such a one. For what have I to do with judging outsiders? Is it not those inside the church whom you are to judge? God judges those outside. ‘Purge the evil person from among you.’”

Unlike our “come one, come all!” seeker-friendly churches in America, the New Testament church called sexual deviants “evil” and they were purged from fellowship—even if that person “bears the name of a brother” (or to put it in modern terms: “even if that person calls themselves a Christian.”)

And lest I be accused of being intolerant or homophobic (or whatever absurd Word Du Jour some clever caitiff posted to the online Urban Dictionary this week…) I am not “judging” people or calling people sexually immoral—I am merely quoting Scripture. Save your rage for the Apostle Paul, or for the Holy Spirit who told him what to write down. “Sexually immoral” simply and only means, “sexual acts and relationships strictly forbidden in the Torah/Law.”  When you deviate from the Law’s guidelines on sex, you are sexually deviant—it’s a legal term, not an insult.

But the point is, it is very apparent from the excerpts in the New Testament that the early church, following the Torah, the laws and commands of Yahweh, the prophets, and the counsel of the Holy Spirit, believed that change was necessary before one could enter into the temple and take part in the community of worship. People that brought their sins of the “old man” in with them underwent church discipline (Matthew 18:15-20) and given the opportunity to repent. But if no change was made, and the person willingly continued in their sin, they were excommunicated from the fellowship.

Americans have lived in the lap of luxury over the course of the last 200 years. We have laws in place that protect our rights and we have patriots, soldiers, and men in leadership who fight (some to the literal death) for our freedoms. We have grown accustomed to this way of life, and many of us have known no other way.

But these freedoms, initially designed to keep us safe from death, tyranny, rape, and pillage—are now extending beyond the spheres of family and community safety, to a campaign for individualized autogenousarchy (yeah…I just made that up) where everyone is the master of the VR world of their own making.

The extreme measures we have taken as Americans to define, invent, and enforce our own individual, personal rights and freedoms are now being applied to biblical references about freedom. But freedom in Christ does not mean free to do whatever we want apart from the design and intent of our Creator with no consequences for our choices or actions.

Our freedom in Christ is not freedom to sin without judgment or consequence; it is freedom from the curse of the law of sin and death (Galatians 3:13, Romans 8:2). But that freedom, ironically comes though strict obedience and submission to the law—not abandonment of it.

The truth of the matter is the exact opposite of what Whitaker asserts is true. It is not that “no change is required” to enter the kingdom of Yahweh—it is that EVERY SINGLE THING about us is required to change. To somehow think that enemies of God can convert to children of God and still look, act, think, believe, and live as they did when they were His enemy is simply ridiculous.

2 Corinthians 5:17 tells us, “Therefore, if anyone is in Christ, he is a new creature; the old things have passed away; behold, new things have come.”

Join me next week for the final article in this series, Part Five….