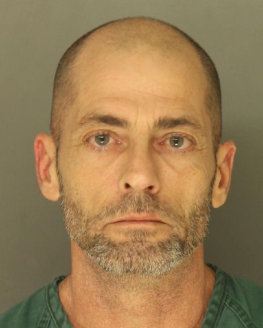 In 2014 Joseph Todd Rohrer was convicted of possession of child pornography after he plead guilty to seven counts of child pornography in 2014.  He was sentenced to six months house arrest, five years probation, and required to register as a sex offender under Megan's Law.

In 2018, however, Rohrer provided Hope’s Haven Rescue & Youth Camp in Bainbridge with the name Todd Brown.  Because a preliminary background check turned up nothing under that name, he was allowed to volunteer in a limited capacity which evidently dealt primarily with the training of horses offsite, camp spokesperson IdaMay Hornberger said.

While Megan's Law requires offenders to report their employment, Rohrer decided that he didn't need to report his volunteering.  He “deliberately circumvented the Megan’s Law registry system so he could access children,” Assistant District Attorney Amy Muller said in court.

In January of this year, he was charged with third-degree felony counts of unlawful sexual contact with a minor and sexual assault by volunteer or employee of a nonprofit, and first-degree misdemeanor counts of indecent exposure and indecent assault of a person less than 13 years of age.  According to the Lancaster online, Rohrer admitted to multiple occasions of touching the child inappropriately, exposing himself and having the child touch him inappropriately.

Again, Rohrer pleaded guilty in Lancaster County Court to several felonies, including sexual assault by a volunteer and failure to register under Megan’s Law.  As a result of his plea, he has been sentenced to 15-30 years in prison, and is now required to register his whereabouts with authorities for the remainder of his life.