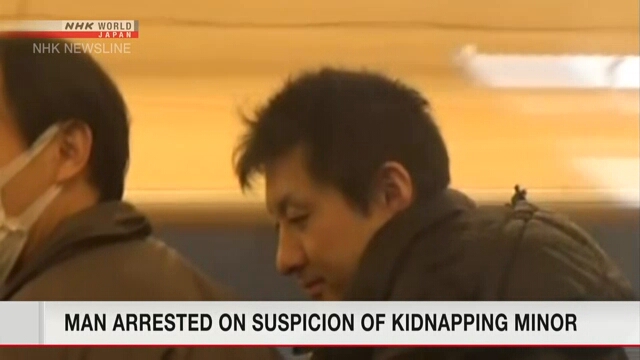 Hitoshi Ito was arrested November 23rd for the suspected kidnapping of a 12 year old girl he had reportedly met online after she had gone missing on November 17th.

The girl, Iroha Akasaka from Osaka showed up to a police box in Oyama, Tochigi Prefecture, about 250 miles from her home, around 1:30 pm shoeless and called for help.  She reported that she had been held against her will at a nearby residence.

Police responded and arrested 35 year old Ito as he was leaving with a 15 year old girl.  The second girl, from Ibaraki Prefecture, had been reported missing in June.

Mainichi reports that Ibaraki prefectural police visited Ito's residence in July after the girl had gone missing.  He voluntarily answered questions, but at the time, police were not able to confirm that the girl had been to the residence, or was there at the time.

According to reports, Ito made contact with Akasaka through social media and requested that she come to his home to be "a conversation partner" with another girl that had been living at his house for some months.

On Friday the 13th, Ito was indicted for kidnapping.  He had initially denied the charge when he was arrested in November, but has remained silent during questioning since then according to reports.  He had initially been suspected of also forcibly confining the girl at his residence, but that charge was dropped due to a lack of evidence.

It is unclear if he faces additional charges related to the 15 year old found at his residence.