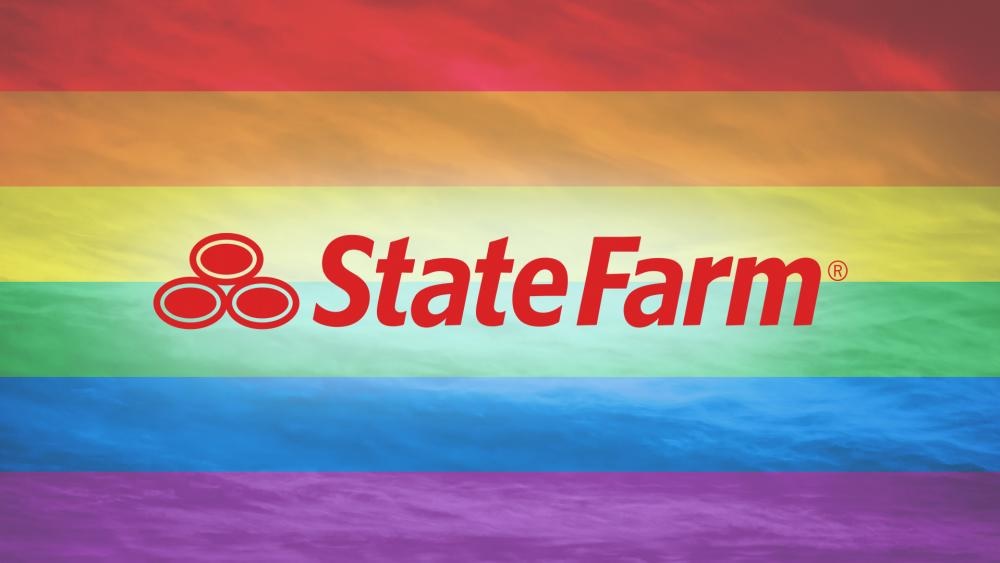 Caroline Downey, writing for the National Review, published an article on May 23 informing the public that national insurance conglomerate, State Farm, was partnering with the GenderCool Project by enlisting hundreds of staff volunteers across the country to assist them in “distributing LGBTQ-themed books to teachers, community centers, and libraries” targeting children as young as five years old.

GenderCool is a movement of young spokespeople, (self-identifying as “Champions”) who are either transgender, or some other label on the LGBTQIA+ spectrum. Their goal is to, “…help replace misinformed opinions with positive experiences meeting transgender and non-binary youth who are thriving.”

The books being distributed are a “…three-book bundle is part of the GenderCool Collection. In the book Non-Binary, a character named Gia is introduced to young readers as a transgender girl who uses she/her pronouns. ‘When you’re born, a doctor looks at you and says, ‘It’s a boy!’ or ‘It’s a girl!’ based on your body. But gender isn’t that simple. You see, when I was born, the doctor said, ‘It’s a boy!’ But…this wasn’t true,’ Gia narrates. ‘Gender is how you feel in your heart and mind, but it may not match what the doctor says when you are born.’”

Jose Soto, State Farm’s Corporate Responsibility Analyst, in a memo to all State Farm agents in the state of Florida wrote, “The project’s goal is to increase representation of LGBTQ+ books and support our communities in having challenging, important, and empowering conversations with children Age 5+.”

The plan was to recruit six agents in the state of Florida who would receive the books in March, with the plan to have them all distributed by April. But the email included a long-term expansion plan that would allow 550 agents nationwide to also participate in the program. In addition to distributing the books, Soto’s memo continued, “Along with donating the books, we would encourage the agent to highlight our commitment to diversity on their social media pages.”

IMAGINE what would happen if a corporation with a Christian CEO sent out a memo to 550 of its employees asking them to distribute Bibles to children and to promote the Gospel of Jesus Christ on their personal social media pages? There would be an UPROAR!

But alas, some good news! In less than 24-hours of the State Farm memo being leaked online, media outlets such as The Washington Post, Yahoo! News, and The Huffington Post is reporting that State Farm’s partnership with GenderCool had been terminated and they would not be distributing the books after a conservative outcry accused the corporation of peddling “woke indoctrination.”

I called my State Farm agent today and was assured, “We no longer work with that organization.” But what about other similar organizations in the future? A State Farm insider, in an interview with The Huffington Post was quoted as saying, “We will continue to explore how we can support our associates, as well as organizations that align with our commitment to diversity and inclusion, including the LGBTQ+ community.”

The insider further stated, “Kindness and respect is expected in all our interactions and extended to everyone we do business with across all segments of society. We embrace diversity and inclusion because it’s the right thing to do. We work with a variety of organizations and causes that express their own unique views, and support civil and open dialogue on challenging topics,”

I don’t know many Christians who would disagree with that carefully crafted statement. Kindness and respect for diverse segments of society sounds an awful lot like, “If it be possible, as much as lieth in you, live peaceably with all men” (Romans 12:18). But there is a vast sea of difference between being kind to people within the LGBTQ community and recruiting children to become a part of it.

I want to encourage anyone reading this, if you do business with State Farm, please take a moment today to give your agent a call and simply ask them to communicate to their corporate offices that if State Farm persists in their intention to publicly or financially back programs that recruit, indoctrinate, or groom young children, you will take your business elsewhere. These calls needn’t be heated or unkind. Just a simple statement of your intentions so that the guys punching numbers in the back room can accurately calculate the loss of corporate revenue once a mass of unwoke customers cancel their policies.