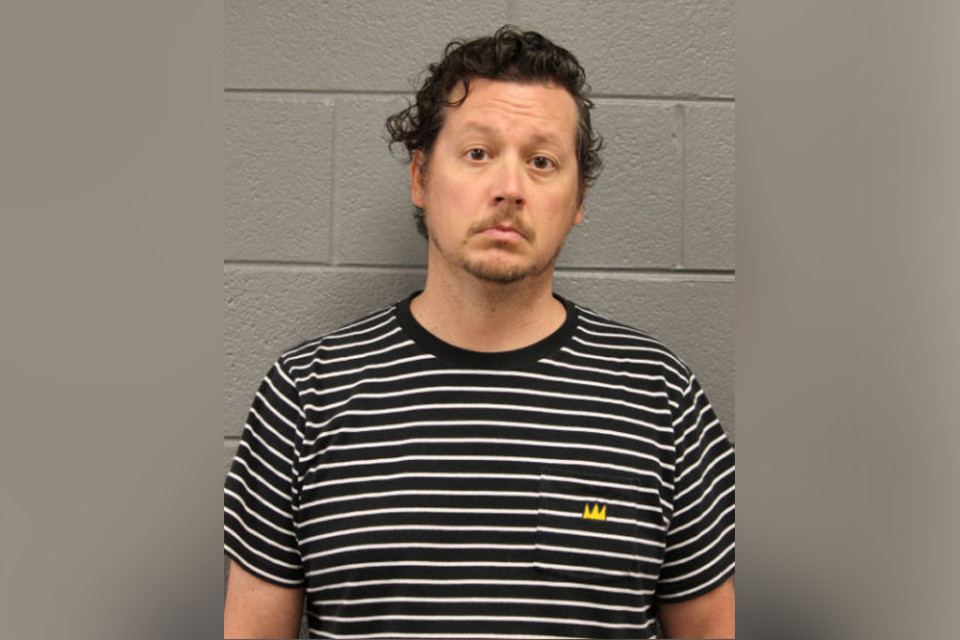 He'd previously never been arrested, but on Monday, September 16th, Joel Ewing, 40, was arrested on a single count of criminal sexual assault with a victim ages 13 to 17 though prosecutors were quick to tell Judge Arthur Wesley Willis that he could end up facing additional felony charges.

Judge Willis set Ewing's bail at $150,00 with the additional stipulation that if he should make bail, he would be subject to electronic monitoring.

In July of this year, a former student of Ewing's, now 21, filed a police report after becoming upset at seeing that he was still working with children.  She had previously spoken with a therapist about what had happened while she was in high school, and that therapist had been a mandatory reporter.  As such, she filed a police report as well, but honored the woman's request to remain anonymous.

She first met Ewing as an eight grader, auditioning for the pilot year of Senn High School's theater program.  She officially became a student there in 2012.  When she was a sophomore and about 15 years old, Ewing and she began communicating via text message.  Prosecutors say these messages went on all hours of the night and were romantic in nature.

In 2014, during her junior year, she reported that she would eat lunch alone in "hidden rooms" of the high school and that he would touch her inappropriately.  This is said to have happened at least ten times.

During a school trip in January of 2015, when she was 17, Ewing texted the girl to come to his hotel room where it is said they both stripped and lay in bed together.

Prosecutors say that after that school trip, things escalated and Ewing began to then meet with the girl behind locked doors at the school where they performed sex acts on each other.  It was also stated that they met at his home as well, but would be sure to leave before his wife would return.

According to prosecutors, she stopped seeing him by the Spring of 2017 when she was a 19 year old freshman in college.  It was the following year that she spoke to her therapist about the high school abuse.

Once the school district was notified of the investigation, they immediately let Ewing go from his position.

He is due back in court on October 7th.