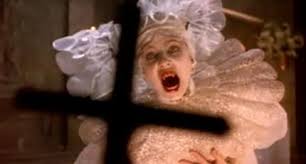 “I want you to believe…to believe in things that you cannot.”

Alleged Freemason,[1] Bram Stoker, is best known for penning the 1897 horror-genre classic, Dracula. And contrary to popular belief, Transylvania is not the only terrain upon which Stoker’s cruor-consuming characters have tread. Dracula’s first English victim, a rich-socialite-turned-sanguisuge, Lucy Westenra, a vampiric Pied Piper who preyed upon the napes of nurslings, hailed from…Hampstead.

Looks as though little has changed in Hampstead since 1897.

Quoting here from Chapter 31 of Joachim Hagopian’s treatise, Pedophilia & Empire: Satan, Sodomy, & the Deep State, Hagopian says of current-day Hampstead, “A little background on this plush setting…Home to the most millionaires per capita population, a 2004 Telegraph article touts Hampstead as the wealthiest community in the United Kingdom. Other publications refer to it as London’s most affluent area. A 2010 New York Magazine called Hampstead ‘the citadel of the moneyed liberal intelligentsia.’”

“Additionally, a Hampstead population of just over 60,000 residents has been a historical haven attracting its exceedingly well off citizenry to membership in a host of secret occult societies, including the Orders of Freemasonry, Society of Inner Light, and offshoot of the Order of the Golden Dawn, and a Luciferian witchcraft coven called, ‘The Regency.’

The scenic park-like greenery of Hampstead Heath and Islington both border the wealthiest square mile on the planet—the Crown City of London, not the actual capital city of London, but the sovereign entity of Rothschild Row that includes its Bank of England, Lloyds of London, all the British banks and London Stock Exchange.”

Jacob Milnestein, guest writing for “The Spooky Isles” website, in his article, “The Hampstead Horror: Hunting Dracula in NW3,” writes of Stoker’s character Lucy Westenra, “The image of the Bloofer Lady still remains one of the most striking of the novel – a beautiful woman resplendent in her funeral robes wooing children to ruin and regret.”

“That night, Mina receives a telegram informing her of Lucy’s death. This message is followed by an excerpt from a local paper, which reports that a number of children have been temporarily abducted in Hampstead Heath—the area where Lucy was buried—by a strange woman whom the children call the “Bloofer Lady.” When the children return home, they bear strange wounds on their necks.”

Despite Stoker’s poetic flare and adjectival frenzy of words arranged in such a way to paint Lucy as the barren bride—bereft of life, but beautiful; both breastfeeding and bloodsucking—a Madonna to the orphans of the underworld—she is anything but Mother of the Year.

Hélène Collins, author of the essay, “She Who Cannot be Named: Lucy as a Child Molester: Stoker’s Rhetoric of Taboo,” writes,

And to be clear, Lucy, only 19 herself, is not targeting fellow teens, as Stoker clarifies within the pages of his own novel; Lucy’s victims are, “too young to give any properly intelligible account.”

Perhaps this is where the Lucy-ferians of modern-day Hampstead went wrong, as Alisa and Gabriel (to quote Joachim Hagopian) are, “two articulate, highly intelligent young victims of satanic ritual child sex abuse, torture, blood sacrifice, and cannibalism”  who, unlike Lucy’s victims, had more than enough chutzpah to offer authorities (and the world) a proper, intelligible account of the crimes committed against them.

It seems clear to me that Bram Stoker’s “novel” was merely a fictionalized expose of the hidden horrors of Hampstead Heath. A Beelzebubian bevy of bloodletting, macabre molestations, and satanic sacraments served up behind the paneled doors of millionaire’s mansions. The blood of innocents offered up in exchange for the promise of eternal life. Could it be that Dracula’s fantasy world was, in fact, Stoker’s reality?

Please pray for Alisa and Gabriel, as well as the myriad of other unnamed children of Hampstead being ritualistically tortured under the approval and aplomb of local authorities. If you would like to get involved, click here to learn about Operation Ezekiel. We are especially in need of volunteers from the states of: Illinois, Massachusetts, New Mexico, Rhode Island, and Vermont.

“It might not be Transylvania, but it’s nice to know that Hampstead Heath can still, even after all these years, deliver a good ghost story.”

[2] The character of “Dracula” is allegedly based upon a Transylvanian noble by the name of Vlad Tepes III (aka “Vlad the Impaler”). Dracul roughly translates “dragon” or “devil” and Dracula means “son of the dragon” or “son of the devil”–thusly named after Vlad’s father who belonged to the Romanian chapter of the Order of the Dragon. 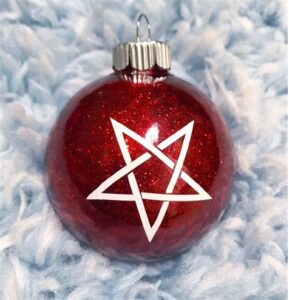 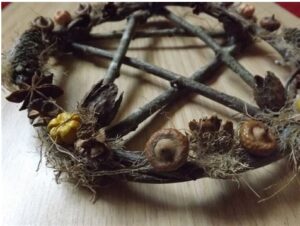 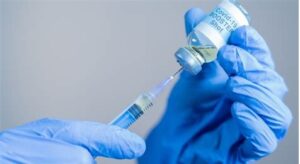