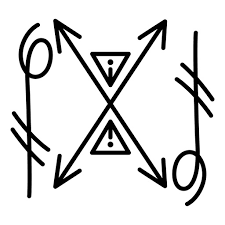 The Daily Beast (an online rag that seeks out the, “scoops, scandals, and stories about secret worlds” and loves to, “confront bullies, bigots, and hypocrites,”) published an election-day article entitled, “Meet the Witches Who Are Hexing Trump’s Re-Election.”

“You find magic where you find passion,” says Bugbee—and right now, his passion is denying Trump a re-election victory. To that end, Bugbee is collaborating with other practitioners of witchcraft, laypeople, and IXNAY PAC, an anti-Trump political action committee, to doom the president’s current campaign.

IXNAY PAC was founded two years ago by former Vice correspondent Trace Crutchfield, promising to “raise hell from sea to shining sea” to get Trump and his allies out of office.”

The article weaves in and out of the deathly serious to tongue-and-cheek with such finesse that it makes it difficult as a reader to even discern if this is a serious news site or simply some sort of occultic Onion.

What I believe to be the serious part is that in 2018, IXNAY PAC—a very real organization that takes its goals of decimating Donald Trump very seriously—recruited Shane Bugbee, a Chicago-based artist and self-proclaimed practitioner of the occult to “pioneer the political magic.”

“According to Bugbee, he has been studying witchcraft for nearly 40 years, ever since he was in Catholic school and offered the devil his soul in exchange for the latest Ozzy Osbourne album and a bicycle. ’I had the new Ozzy record two days later and a bike less than a week later,’ says Bugbee. ‘That was pretty much it, I went straight to hell.’”

Together with Berlin-based occultist, Lillian Lux, Bugbee and Lux designed a sigil intended to bring the Orange Man down.

“This sigil is meant to unify and focus occultists and those interested in magic on goals,” explains Bugbee. “The goals we set when we created the sigil were, in a broad way, to smash the authoritarian vibe that’s happening across the globe and, in a direct way, to remove Trump from office.”

The sigil was first activated just five days before Trump announced to the world that he had contracted COVID-19, evidence to Lux and Bugbee that the sigil was, quite literally, doing its magic.

IXNAY PAC, Bugbee, and Lux are by far not the only occultists performing spell casting, rituals, and sigil magic over the election; and thousands of Christians, made aware of this activity in 2016 due to the open advertisement of such rituals on the dark web, rolled up their sleeves this election season, praying, fasting, and doing whatever they could in their power to reverse the curse and pray Trump through to a red wave victory such as the world has not seen since 1980.

Some would say all such endeavors failed; others would say it’s still too close to call. I say, it’s simply time to attack this from a new angle. Up to now, We the People, have done all we can do—pray and fast. Now, I believe, the ball is in Trump’s court.

Isaiah 36 paints a dire picture for Judah, when during the reign of King Hezekiah, Sennacherib, the king of Assyria, dispatches messengers to the king’s son that Judah is dead meat and they, just like every other nation before them, would fall by the Assyrian sword. Those on the wall (perhaps the very watchman who had previously prayed and fasted for national security?) fell silent under the threat that they, in a matter of days would be, “doomed to eat their own dung and drink their own urine.”

The messengers state no less than four times to not believe Hezekiah when he assures them that their God would be able to save them. Sennacherib takes it up a notch when he later tweets out a blue check mark checkmate to Hezekiah saying, “Do not let your God in whom you trust deceive you by saying, ‘Jerusalem will not be handed over to the king of Assyria.’” Yikes! Them’s be fightin’ words!

Hezekiah was, naturally, scared spitless and took the letter into the temple, spread the pages out before the altar, and prayed this prayer.

“Lord of armies, God of Israel, who is enthroned above the cherubim, You are the God, You alone, of all the kingdoms of the earth. You made heaven and earth. Incline Your ear, Lord, and hear; open Your eyes, Lord, and see; and listen to all the words of Sennacherib, who sent them to taunt the living God. Truly, Lord, the kings of Assyria have laid waste all the countries and their lands, and have thrown their gods into the fire, for they were not gods but only the work of human hands, wood and stone. So, they have destroyed them. But now Lord, our God, save us from his hand, so that all the kingdoms of the earth may know that You alone, Lord, are God.”

Here is the most incredible part of the whole story. Speaking to Hezekiah through the prophet Isaiah, Yahweh responds to Hezekiah’s prayer by saying, “Because you have prayed to Me about Sennacherib king of Assyria, this is the word that the Lord has spoken against him….” (At this point, God unleashes—in poetic form no less—a litany of curses against the king of Assyria).

But did you catch it? WHY God was delivering Hezekiah, and subsequently, all of Judah, from the hand of tyrants? Because you have prayed to me…. In other words, God had already heard all the prayers of the God-fearing men and women in Judah. He had seen the women’s tears. He had made note of their fasting and their all-night prayer vigils; but what He was ultimately asking for was the request to also be made to Him…directly from the mouth of the king himself.

Brothers and sisters, we too have prayed, we have fasted, we have begged, we have cried, we have prayed against Chaos Magic and occult rituals. Now it is our turn, like those on the wall to be silent and to not answer back so much as one word (Isaiah 36:21). It’s Trump’s turn now.

God is waiting to hear the humble cry for help from the mouth of the king. We have done our part. Now we wait for Trump to go to the sanctuary and lay out all the election results before God and to pray as Hezekiah did for deliverance. Perhaps God will say to Trump as He said to Hezekiah in days of old, “Because you asked…” and He will deliver the United States of America as He once did Judah.

Don’t believe a guy like Trump can humble himself like this? Then first meditate on Proverbs 21:1, “The king’s heart is like channels of water in the hand of the LORD; He turns it wherever He wishes.” Meditate on it until you believe it, and then pray—pray that God would turn the heart of the king, humble him, send His Spirit, and impress upon Trump’s heart to cry out to God. Then, and perhaps only then, will He deliver us for His name sake.